The Woman Citizen: A Study of How News Narratives Adapt to a Changing Social Environment

In this article for the journal American Journalism, scholar Sheila M. Webb provides an in-depth look at The Woman Citizen, a suffragist periodical originally founded by Carrie Chapman Catt, then the president of the National American Woman Suffrage Association.

Webb examines every issue of The Woman Citizen‘s decade-long run in order to explore how its content shifted after the passage of the 19th Amendment. She concludes that The Woman Citizen’s “coverage of the fight for suffrage shifted into narratives of women’s place in the new culture, narratives that served as proof that women could and would succeed in fulfilling their new duties and opportunities.”

Here is the abstract for the article:

This narrative analysis of the suffragist journal the Woman Citizen, published from 1917 to 1927, addresses the challenges social activists face when reframing progressive narratives. This article provides insight into the press as a site for identity; considers how a magazine positions itself to effect social advances; and explores the hurdles for a reform magazine to survive when the landscape changes, as it did for women with the ratification of the Nineteenth Amendment in 1920, and with the end of the first wave of feminism circa 1930. To ascertain if the editorial strategy and content of the journal shifted to absorb the ramifications of suffrage, the study examined each issue published, comprising some 6,300 articles. This study found that, although the journal adapted by fostering more dynamic narratives of women’s new place, it continued themes prevalent over the previous forty years, and depended on narrative framings characteristic of the suffragist movement—motherhood, altruism, equality, profiles of women of accomplishment, pioneers, and success “by chance.” This examination of a women’s journal from the 1920s also sheds light on our current environment, and shows how, despite almost a century of citizenship, coverage of women’s participation in the public sphere is still presented in ways that mimic coverage from that era.

You can find the full PDF of this article through the academic database EBSCOHost, or here through Taylor & Francis. Many libraries have access to these databases—check WorldCat to find one near you.

For more information on how periodicals covered suffrage, see Linda Steiner’s chapter “19th Century Suffrage Periodicals: Conceptions of Womanhood and the Press”; the book Women’s Periodicals in the United States: Social and Political Issues;  Tracy Kulba and Victoria Lamont’s article “The Periodical Press and Western Woman’s Suffrage Movements in Canada and the United States: A Comparative Study“;  the book A Voice of Their Own: The Woman Suffrage Press, 1840-1910; Linda Steiner’s “Finding Community in Nineteenth Century Suffrage Periodicals“; “A New Generation,” in Women of the Washington Press: Politics, Prejudice, and Persistence; and Women and The Press: The Struggle for Equality.

The Library of Congress also has a phenomenal digitized archive of NAWSA-related primary sources, for those who are interested in learning more about the organization. 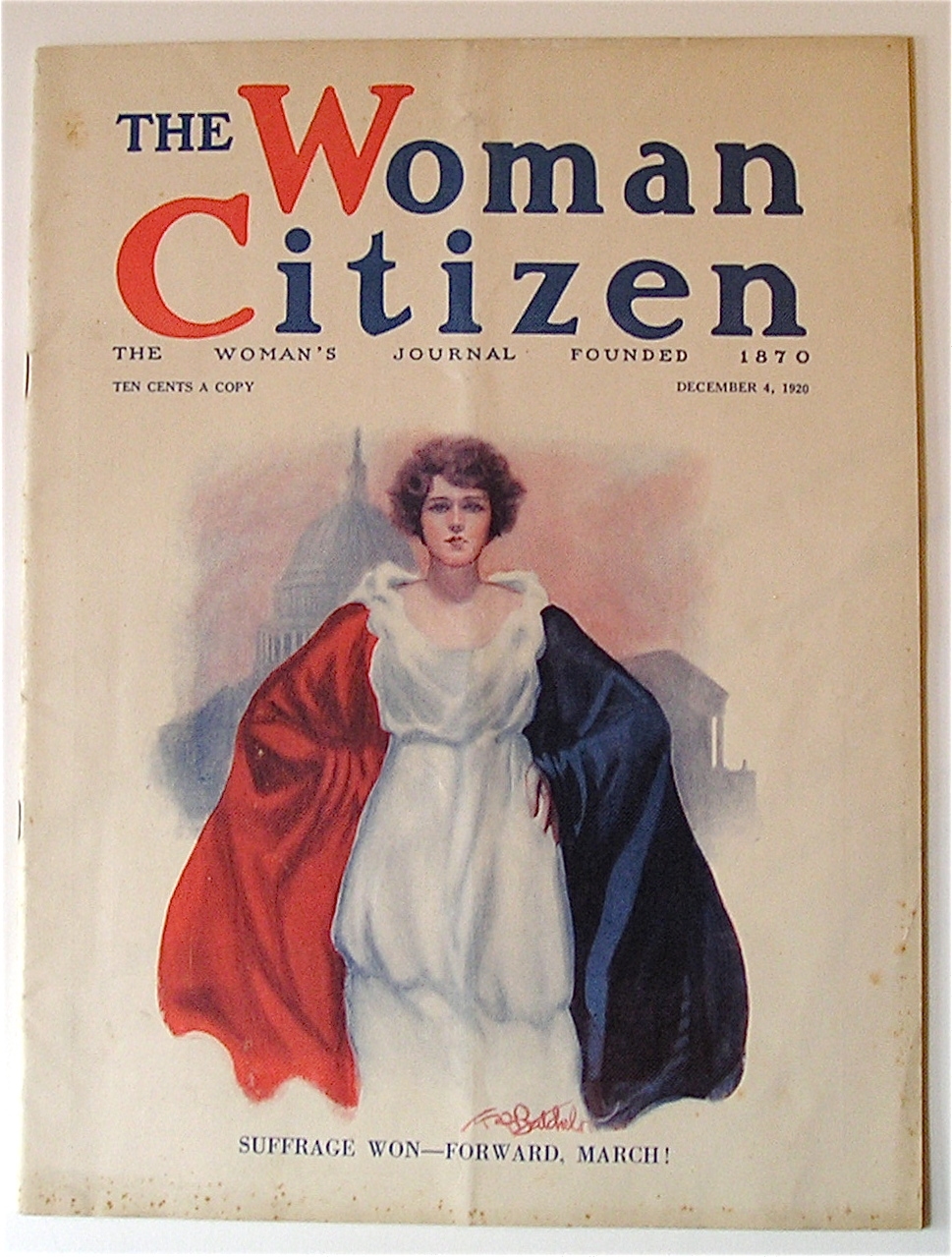