Remember the Ladies: Celebrating Those Who Fought for Freedom at the Ballot Box

2017 begins the centennial celebrations of the enfranchisement of women in some US states, a trend that culminated in nation-wide suffrage three years later, in 1920. Angela P. Dodson’s book Remember the Ladies chronicles the milestones in that hard-won struggle and reflects on women’s subsequent political impact.

This book highlights women’s impact on US politics and government from the birth of the republic to the 2016 defeat of the first major-party female presidential candidate. Drawing on historical research, biographies of leaders, and such primary sources as photos, line art, charts, graphs, documents, posters, ads, and buttons, Remember the Ladies documents the fight for women’s right to vote in an accessible, conversational manner relevant to a general audience.

Here are the groundbreaking convention records, speeches, newspaper accounts, letters, photos, and drawings of those who fought for women’s enfranchisement, all in their own words, and arranged to convey the inherent historical drama.

Dodson’s book is full of little-known facts. For instance, it draws its title from Abigail Adams’ admonition to her husband John Adams—then participating in the Constitutional Convention—to “remember the ladies” by including rights for women in the Constitution!

Remember the Ladies does not isolate women’s suffrage from the inseparable concurrent historical movements for emancipation, immigration, and temperance; instead, the book’s robust research documents the intersectionality of women’s struggle for the vote.

You can purchase the book through the publisher’s website. 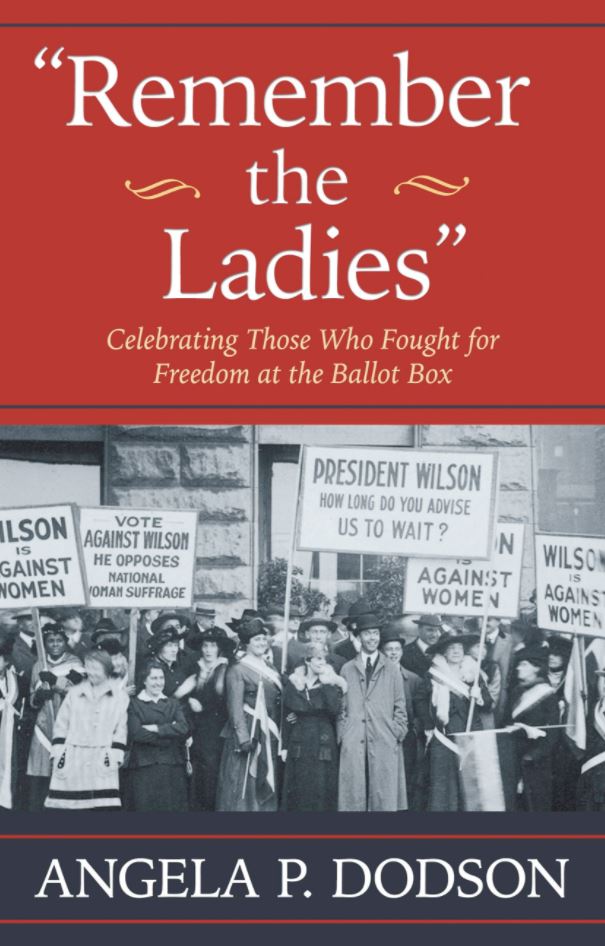