In Press Portrayals, Finneman explores how female politicians have been framed by the news media throughout history, including Victoria Woodhull, one of the leaders of the suffrage movement, who ran for President of the United States in 1872. Chapter 1 provides a broader overview of “politics, power, and the press.”

Recent history suggests the United States is within reach of its first woman president. This book examines the media experiences of women political pioneers who helped pave the way to the breaking of the glass ceiling. It analyzes newspaper treatment of four pioneering politicians between the 1870s and 2000s and explores how media discourse of women politicians has and hasn’t changed over 150 years. The women featured are Victoria Woodhull, the first woman to run for president; Jeannette Rankin, the first woman elected to Congress; Margaret Chase Smith, the first woman to receive a presidential nomination at a major party’s convention; and Sarah Palin, the first Republican woman vice presidential candidate. The social, political, and journalistic cultures of each woman’s era are also explored to provide context for the women’s media coverage. The findings illustrate that the press has used a variety of discursive strategies to delegitimize the candidacies of women politicians throughout history, which might have contributed to negative voter attitudes toward women in politics. Gendered stereotypes, gendered news frames, and double binds utilized in news coverage served to protect a male-dominated status quo. Yet a significant finding in Palin’s coverage indicates that gender bias in news coverage is increasingly facing criticism, suggesting the tide may finally be turning in favor of more equalized discourse.

GoogleBooks offers a preview of excerpts from the book. You can buy a hardcover copy, a paperback copy, or an e-book version of Press Portrayals of Women Politicians from its publisher, Lexington Books. College and public libraries may also have a copy; check WorldCat to see if there is one near you. 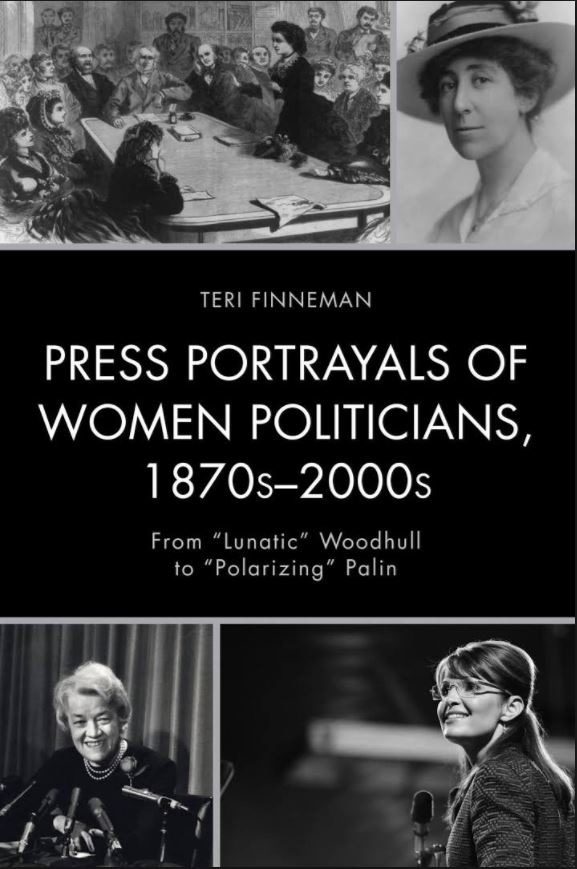