Elisabeth Freeman was an English suffragette born in 1876. She told the story of her dedication to suffrage being piqued by this incident: “I saw a big burly policeman beating up on a woman, and I ran to help her, and we were both arrested. I found out in jail what cause we were fighting for.” This rich interactive scrapbook of Freeman’s life tells the story of her struggles as a Suffragette, Civil Rights Worker, and Militant Pacifist.

Of particular relevance to those interested in suffrage and the media is the section on Freeman’s media stunts for suffrage. Freeman, adept at using the media to her advantage, became known for “finding some activity that would capture media attention and guarantee press.” She was often personally involved in protests and even got arrested a number of times. She also used other newsworthy events to “piggy back” onto another story, for instance, speaking between rounds of prize fights.

Some highlights from this fascinating repository of “stunts” include Freeman pictured with a bear and Freeman arrested at a strike. 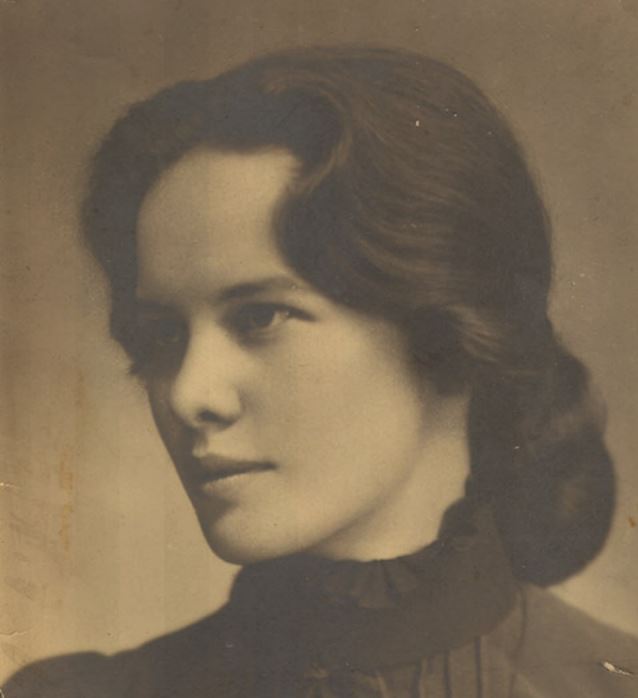 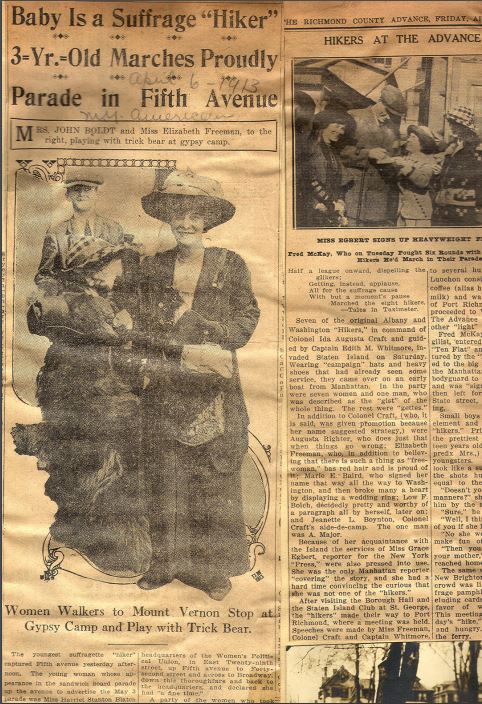 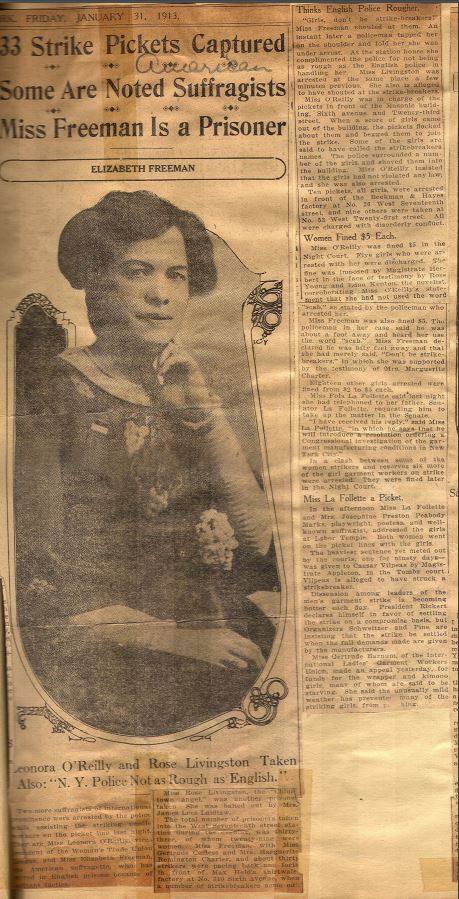