This cartoon from the New Zealand History government website contains typical anti-suffrage imagery, warning how changing gender roles could harm society. In it, a harrassed and brow-beaten husband wears women’s clothing while making a mess of domestic chores. Meanwhile, his domineering wife—just returned from somewhere outside the domestic realm—criticizes his housekeeping. Though the scene is humorous, it argued that giving women the vote could upset traditional gender roles—to the detriment of men. 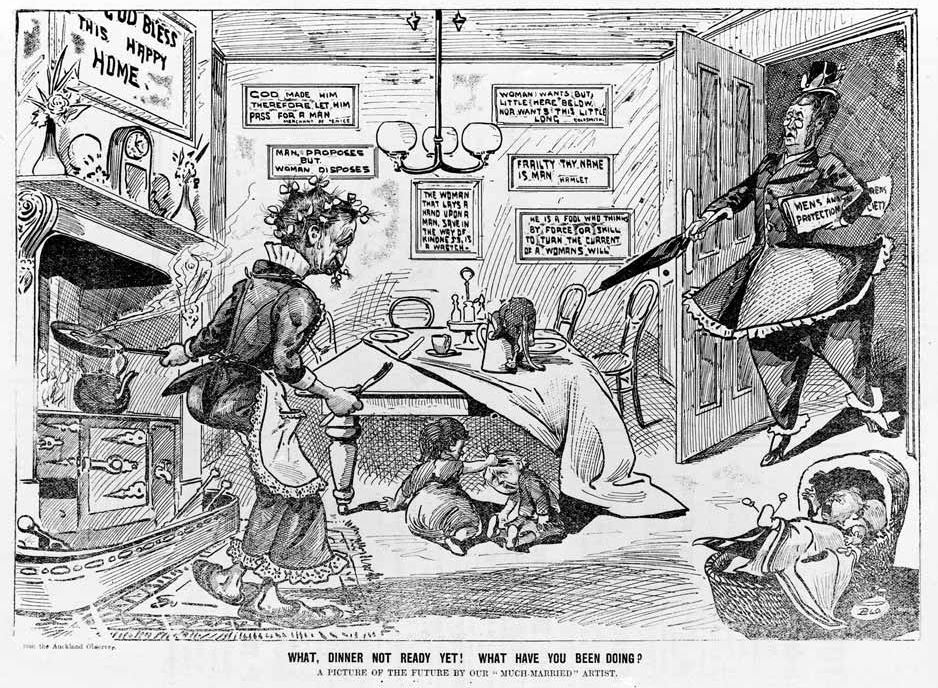