Johanna Neuman. "Suffrage and the War." Gotham: A Blog for Scholars of New York History. November 7, 2017.

This chapter of Johanna Neuman’s book Gilded Suffragists: The New York Socialites who Fought for Women’s Right to Vote,  excerpted here at Gotham: A Blog for Scholars of New York History, analyzes the impact of World War I on the fight for suffrage.

Neuman notes that suffrage activists changed their rhetoric in light of the Great War, turning to hyper-patriotism as they pursued their quest for voting rights.

[S]uffragists won the vote not because of their war service itself but because fighting for their cause during wartime forced them to make wrenching choices between pacifism and patriotism that hardened them as political actors. Suffrage in the end was not a gift from male lawmakers for female war service. It came not because they served in war but because they excelled in displaying that service in the public square. War had given them a platform, not a guarantee. How they performed was riveting.

Meanwhile, the more militant tactics of those like Alice Paul alienated the media and authorities. Paul lead a group of protesters who picketed the White House, a “symbol of national identity,” Neuman writes, at a time of war. Suffragists who disagreed with Paul’s actions distanced themselves from her.

Additional resource: Marcela Micucci’s review of the book in Gotham: A Blog for Scholars of New York City. 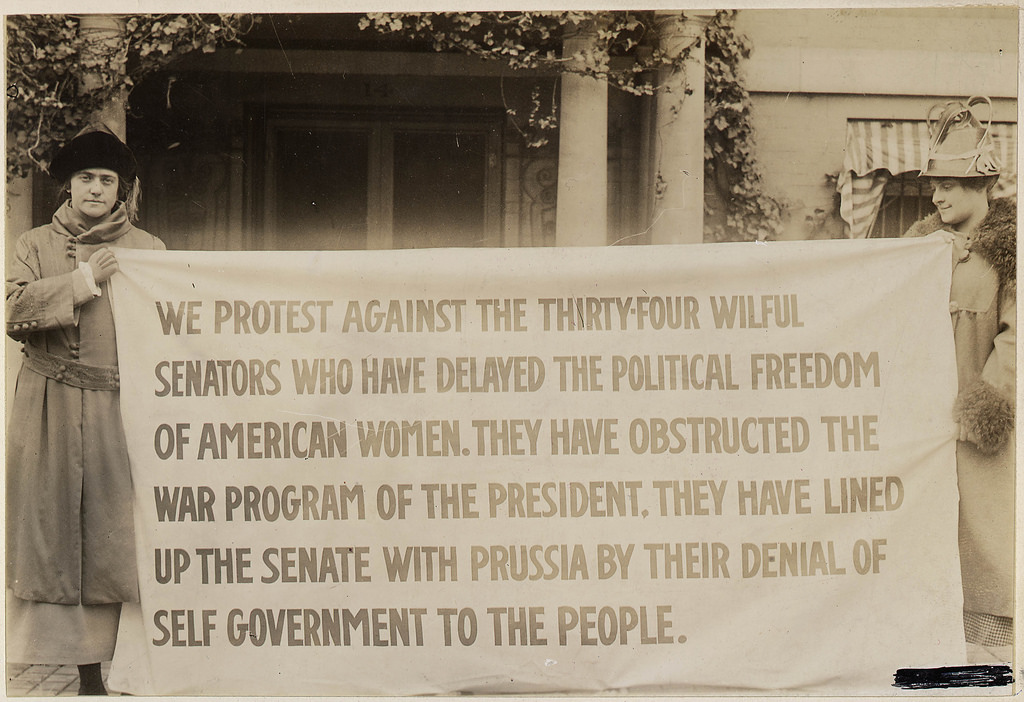