On August 24, 1920, Tennessee Governor Albert H. Roberts signed this statement affirming that Tennessee ratified the 19th Amendment to the US Constitution, which granted women the right to vote.

This proclamation was signed a week after Tennessee became the 36th, and thus decisive, state to vote in favor of ratifying the Constitutional amendment.

For more information on the fight over suffrage in Tennessee, see this film and this book on the topic. 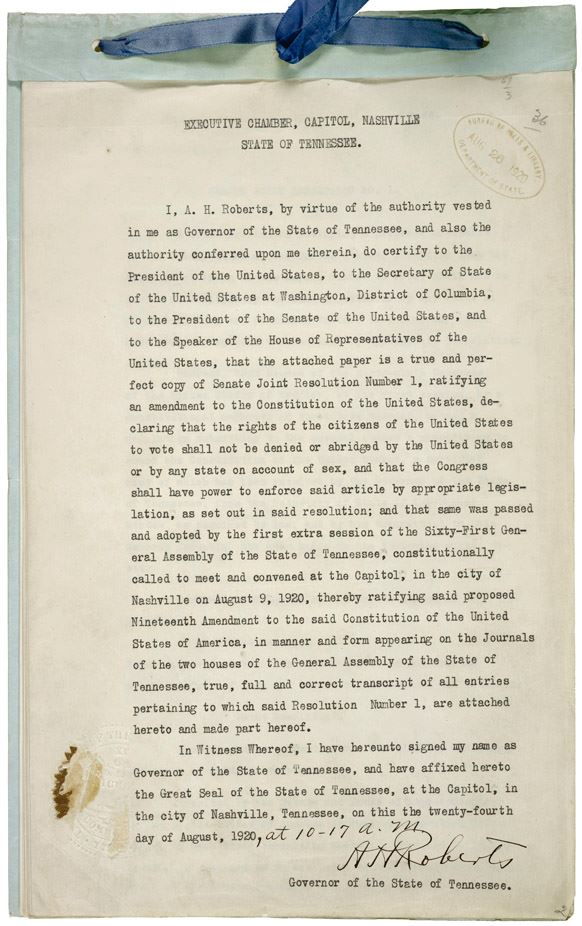