The Perfect 36: When Women Won the Vote is a historical TV documentary that tells the story of Tennessee’s crucial role in the adoption of the 19th Amendment.

Of all the battles waged on Nashville’s doorstep, the final throes for the passage of the 19th Amendment were among the most heated, controversial, and colorful. In July of 1920, all eyes were on the Tennessee capital as Anti and Pro-suffragists each fought for their vision of a socially evolving United States. Foul play and coercion were all fair in this game of high stakes. One more state was needed to ratify the proposed amendment, and that duty rested solely on the shoulders of Tennessee. On a sweltering August 18, 1920, the House convened. After two consecutive 48-48 outcomes to table the resolution, it was put to vote. The votes were coming in neck and neck. At the last, a 24-year-old freshman representative, by the name of Harry Burn, swung his vote, and changed history forever, making Tennessee the deciding 36th state to enable passage of the 19th Amendment, granting women the Constitutional right to vote.

The trailer as well as more information is available on The Perfect 36 website. You can find screening schedules on the American Public Television website.

Centennial Park in Nashville houses a life-size sculpture commemorating Tennessee suffragists. The sculpture, created by Alan LeQuire, includes five women who were involved in Tennessee’s ratification of the 19th Amendment. There is also a historical marker remembering the suffragists at the Hermitage Hotel in Nashville (picture below).

Outside City Hall in Jackson, Tennessee, you can also find the Sue Shelton White statue, dedicated May 2017 (picture below). “Miss Sue” was an attorney who was jailed at the Occoquan Workhouse for picketing the White House with the National Woman’s Party. She was instrumental in helping Alice Paul draft the first version of the Equal Rights Amendment. 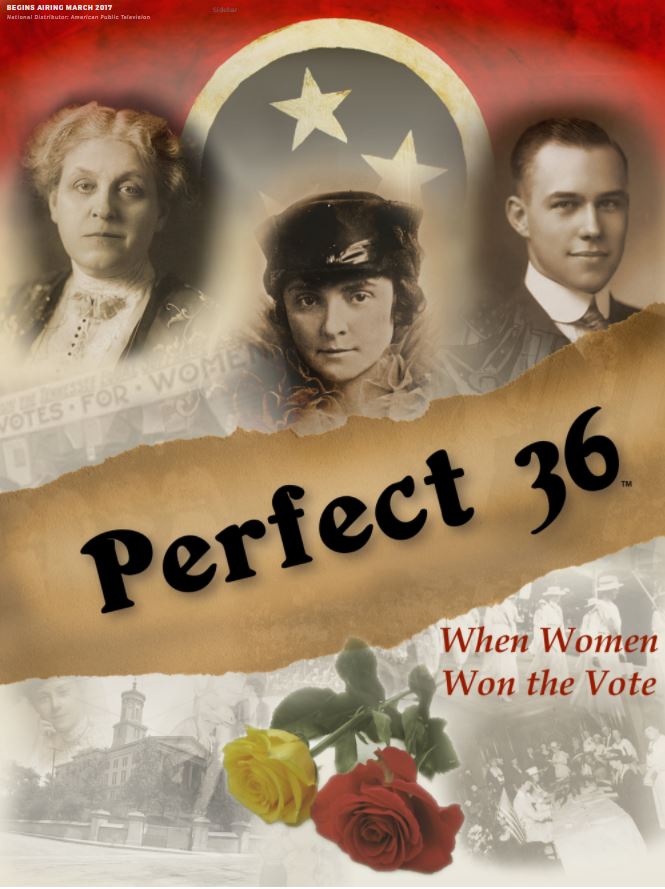 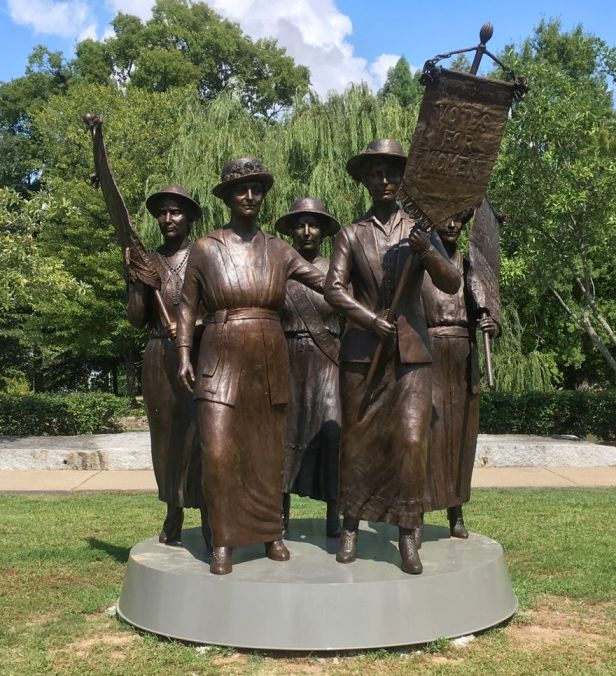 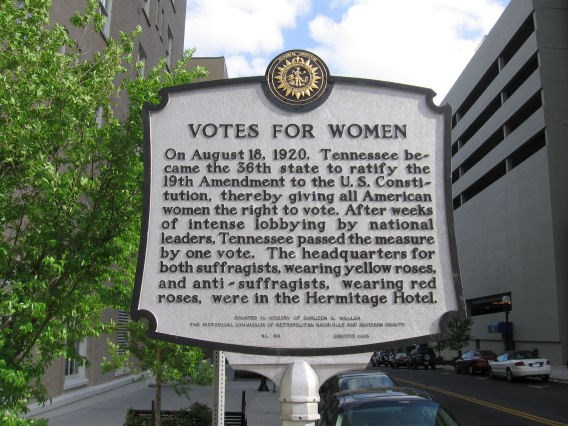 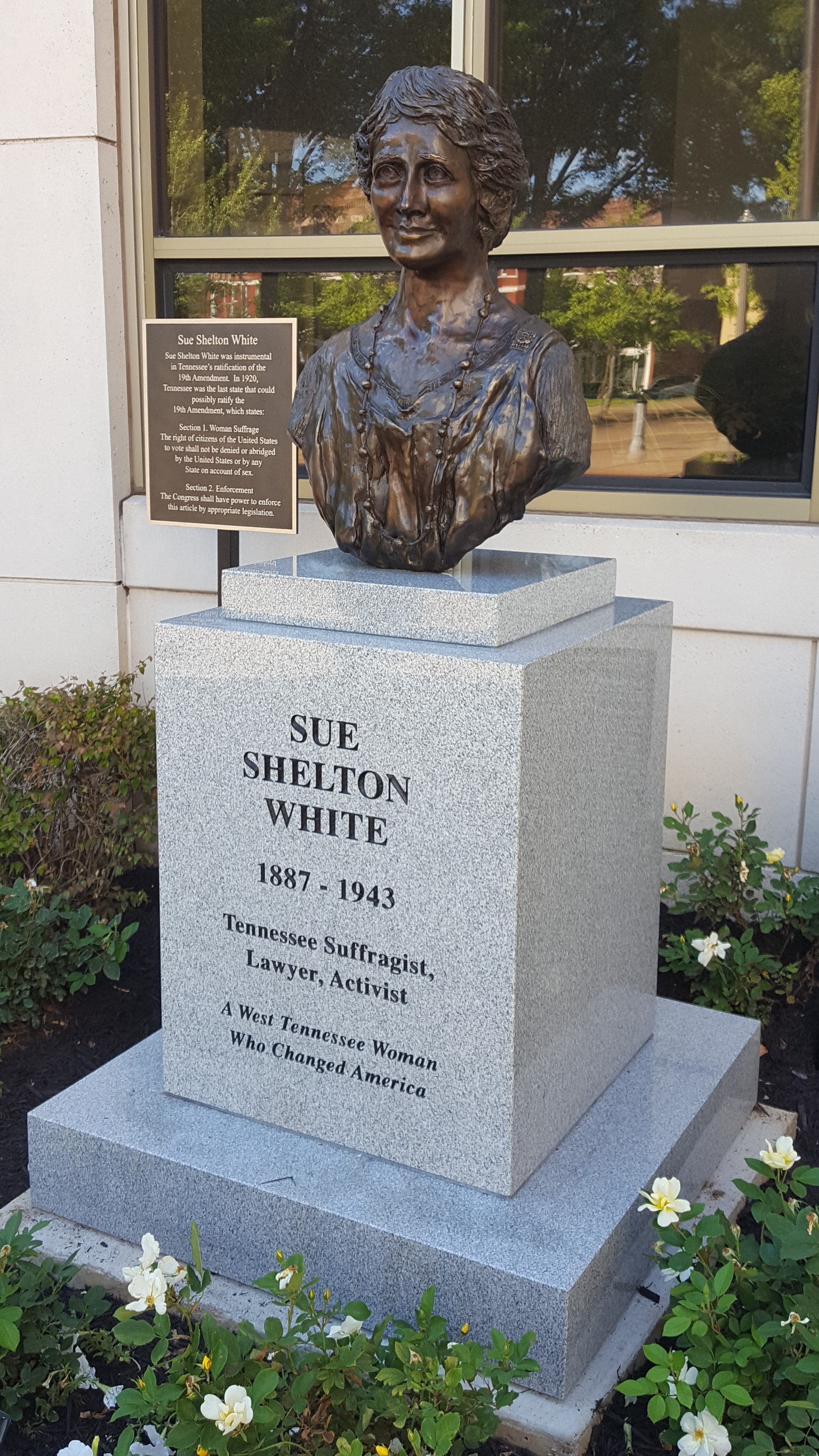