This description is an excerpt from a Library of Congress entry on “The Awakening”:

[The] Illustration shows a torch-bearing female labeled “Votes for Women,” symbolizing the awakening of the nation’s women to the desire for suffrage, striding across the western states, where women already had the right to vote, toward the east where women are reaching out to her. Printed below the cartoon is a poem by Alice Duer Miller.

“The Awakening” appeared in Puck during the Empire State Campaign, a 1915 referendum on a proposed amendment to the New York State constitution that would have granted women in the state full suffrage. New Yorkers voted against the referendum.

You can access and download the image in various formats—and find out more about it, including how to access the original work—here, via the Library of Congress.

You can access a free digital archive of various issues of Puck, including the issue in which “The Awakening” appeared, here, via the HathiTrust Digital Library. 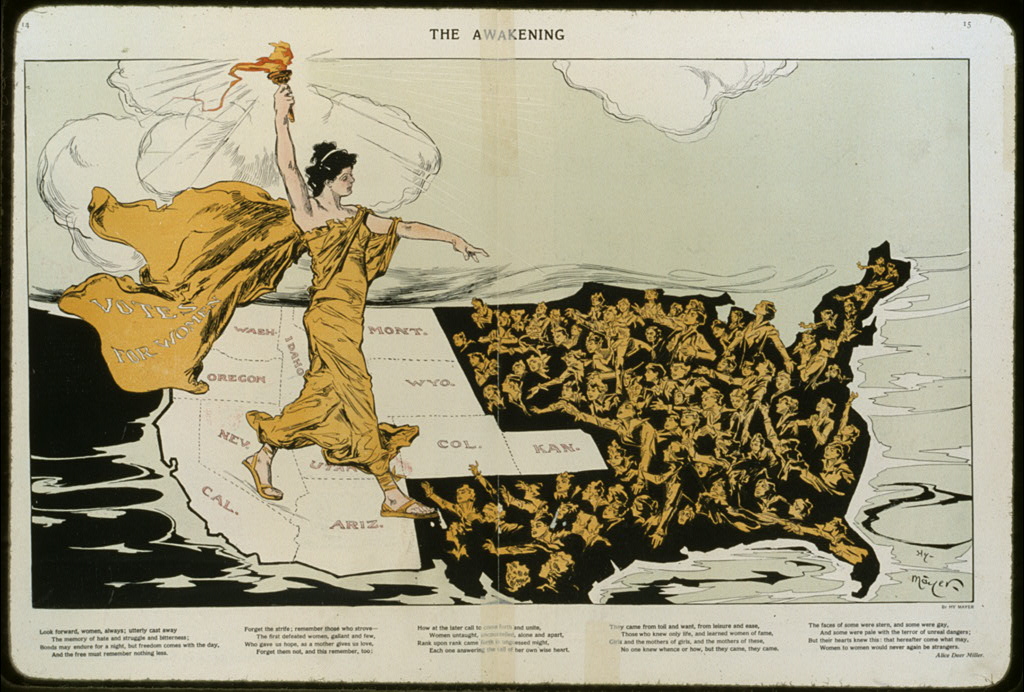