This CNN photo gallery, titled “The Long Road to Women’s Suffrage,” showcases the struggle for women’s voting rights in the United States, which culminated in August 1920 with the final ratification of the 19th Amendment.

A number of the photos show how suffragists adopted a variety of tactics to gain press coverage, including dressing in theatrical costumes.

For more photos of the suffrage era, see Pictures of the 1913 Women’s Suffrage Parade. 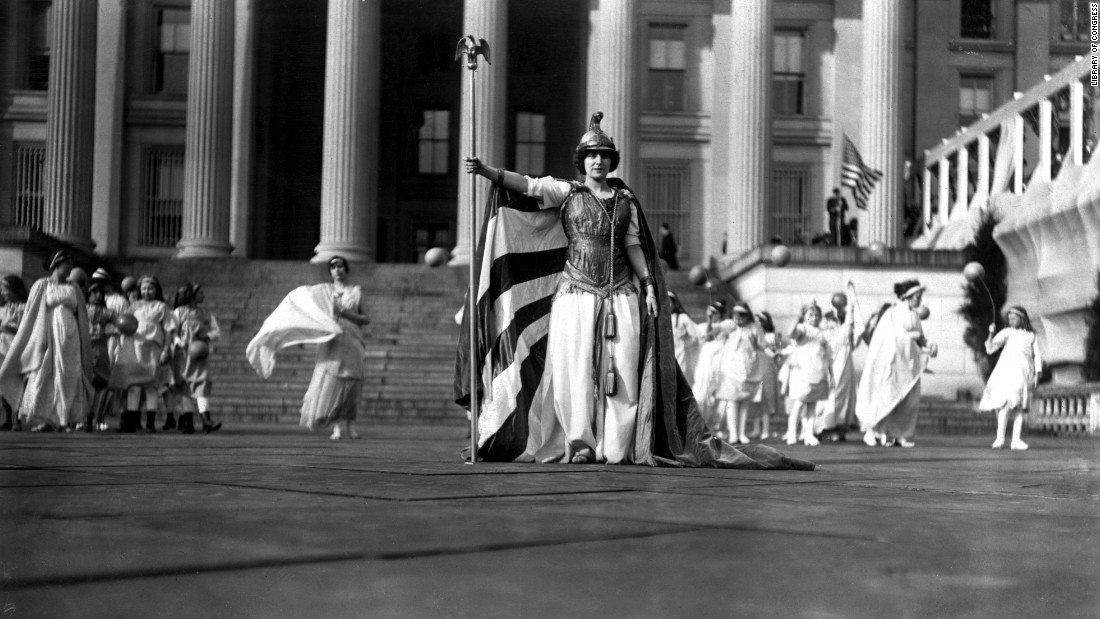