Pamphlet Distributed by the National Association Opposed to Woman Suffrage

This pamphlet from the Jewish Women’s Archive lists arguments by the National Association Opposed to Woman Suffrage, or NAOWS. One of the most commonly cited arguments was simply that women did not want to vote. NAOWS was formed in New York City in 1911 and was led by Josephine Dodge. It disbanded in 1920.

You can view an NAOWS poster featuring another argument against women’s suffrage—this one predicated on a supposed connection between suffrage and socialism—here.

You can read more about the New York State Association Opposed to Woman Suffrage here, via Encyclopedia Britannica.

You can read more about Dodge and other prominent female anti-suffragists here, via National Public Radio. 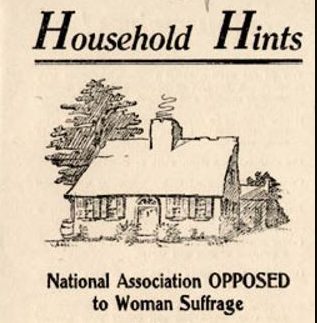 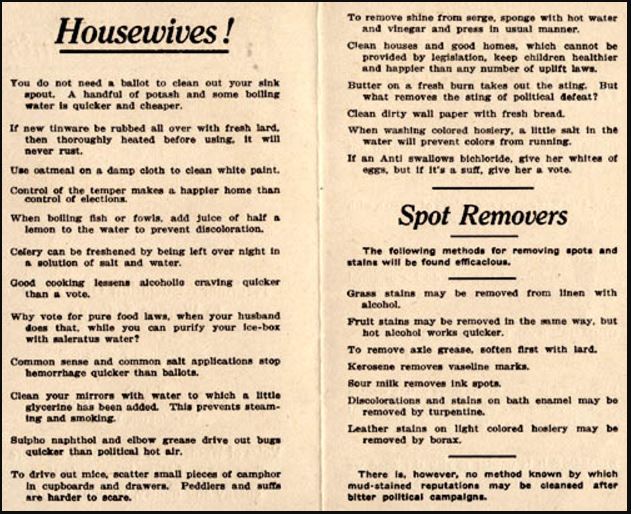