Anti-suffrage Poster: The Red Behind the Yellow, 1915

This poster urges readers to vote against a proposed—and ultimately unsuccessful—1915 amendment to the New York State Constitution, which would have granted women the right to vote. It equates support for women’s suffrage with support for socialist causes, arguing, “[e]very Socialist leader admits that the extension of the franchise to women is ESSENTIAL TO THE SUCCESS OF SOCIALISM.”

You can read more about the New York State Association Opposed to Woman Suffrage here, via Encyclopedia Britannica.

You can read more about Dodge and other prominent female anti-suffragists here, via National Public Radio.

The poster is from the Max Eastman Collection I, Lilly Library, University of Indiana, Bloomington, IN. 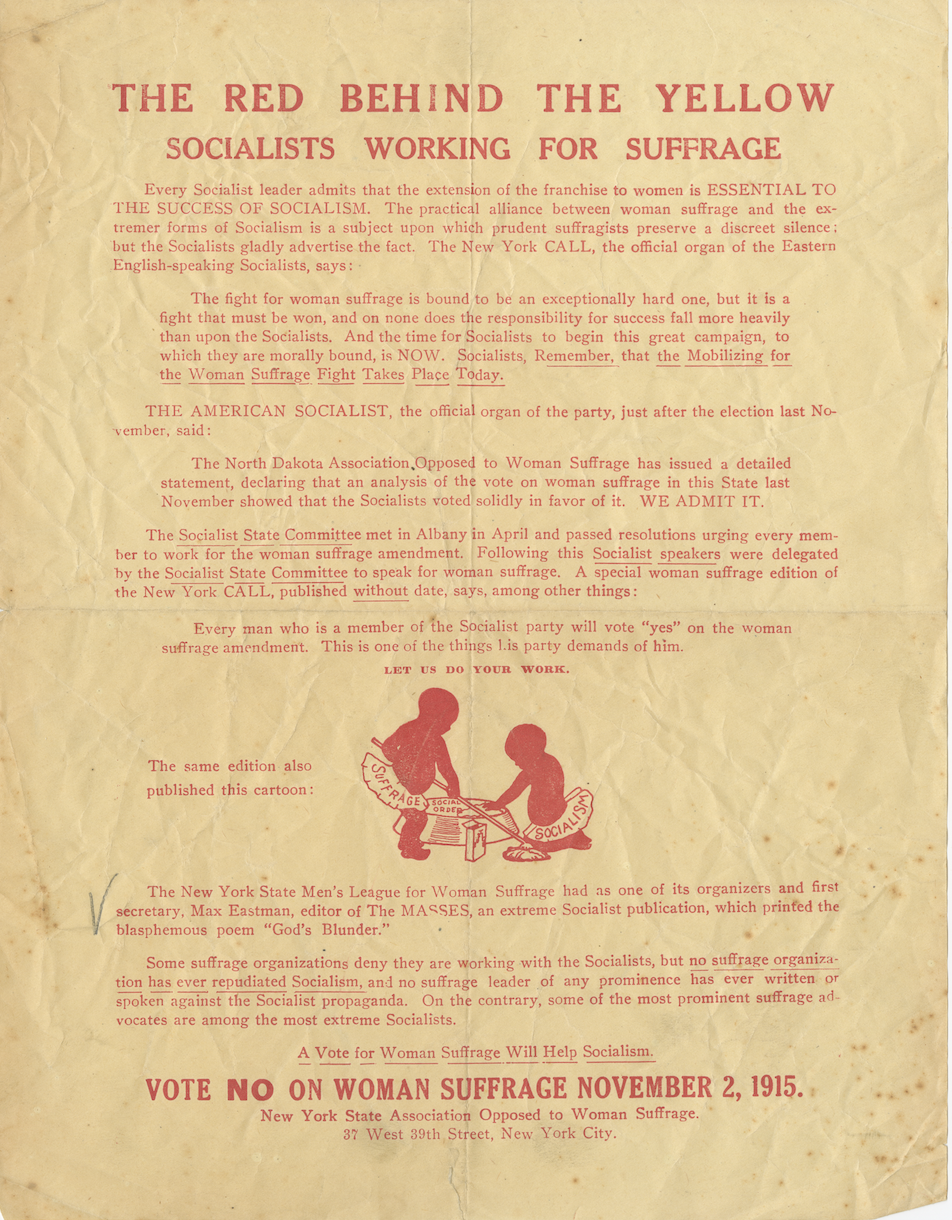