New York Times Letters: Should Women Have the Vote in New York State?

In 1915, the usually anti-suffrage New York Times produced a six-page supplement for its readers, bannered at the top of every page with the words: “Should Women Have the Vote in New York State?” The Times published the piece after the New York State Legislature decided to put a suffrage referendum to the popular vote in the upcoming November election. The feature, which comprised six essays in letters-to-the-editor format, included the views of major suffrage and anti-suffrage figures.

Despite a passionate, rousing campaign conducted in the streets, in lecture and concert halls, and in the media, the November 1915 referendum failed and did not come up again for consideration by the state’s all-male electorate until November 1917, when it passed.

You can find out more about the 1915 New York State referendum here, and you can read about Puck magazine’s milestone suffrage issue—produced as part of the push to approve the referendum—here. 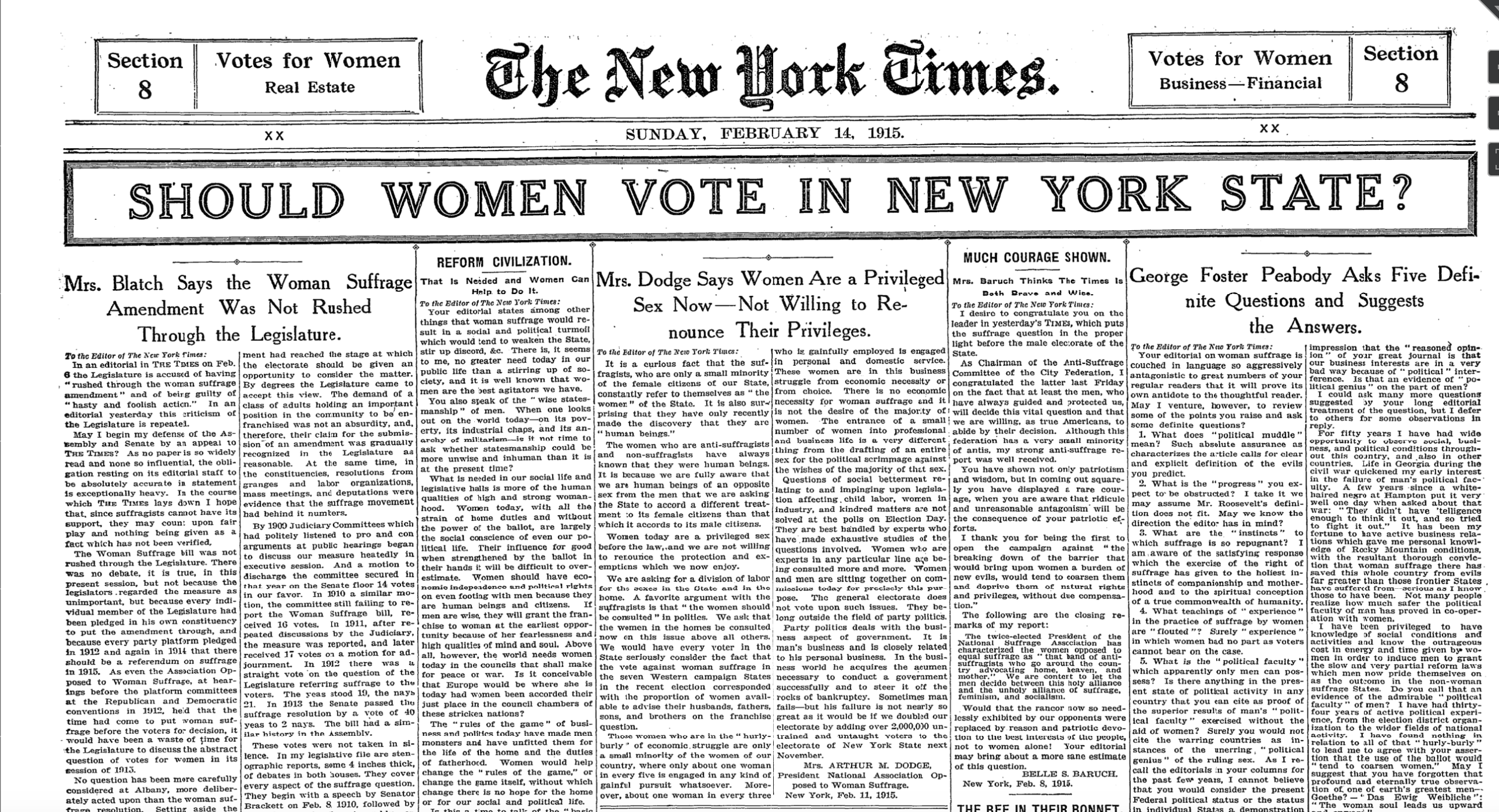