Google books provides significant excerpts from this book, which offers a fascinating look at suffrage-themed postcards from the era.

American women’s suffrage activists were fascinated with suffrage themed postcards. They collected them, exchanged them, wrote about them, used them as fundraisers and organized “postcard day” campaigns. The cards they produced were imaginative and ideological, advancing arguments for the enfranchisement of women and responding to antisuffrage broadsides. Commercial publishers were also interested in suffrage cards, recognizing their profit potential. Their products, though, were reactive rather than proactive, conveying stereotypes they assumed reflected public attitudes–often negative–towards the movement. Cataloging approximately 700 examples, this study examines the “visual rhetoric” of suffrage postcards in the context of the movement itself and as part of the general history of postcards.

Additional information and commentary on suffrage-era postcards can be found on the author’s curated site, womansuffragememorabilia.com. (Not ready to commit to visiting the site? You can read our description here.) 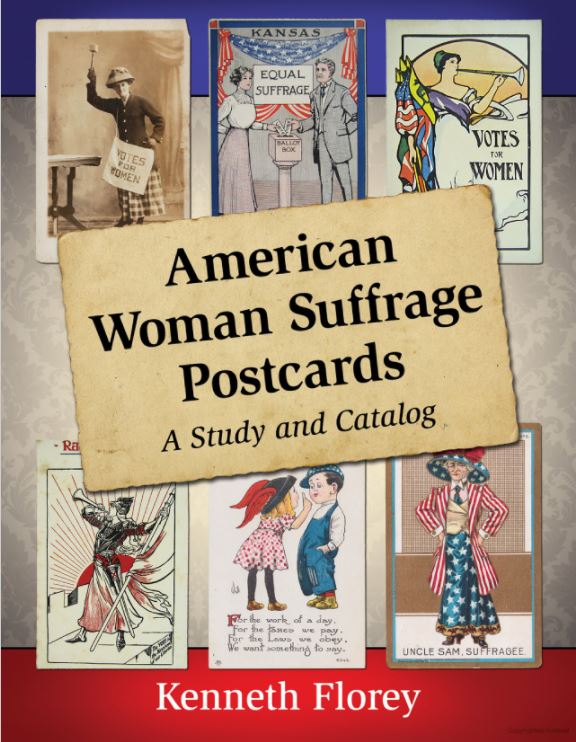