Activism Then and Now: the 1913 Suffrage Parade and the 2017 Women’s March

Mary Bowerman. "This isn’t the first time thousands of women have taken to the streets in D.C." USA Today, January 21, 2017.

In this article for USA Today, journalist Mary Bowerman uses the Women’s March—the feminist protest held in Washington, DC and other cities the day after Donald Trump’s January 20, 2017 inauguration—to highlight another massive march in the nation’s capitol: the March 3, 1913 parade for suffrage.

The massive Women’s March on Washington isn’t the first time scores of women have banded together to send a message to a new president.

A little over 100 years ago, one day before the inauguration of President-elect Woodrow Wilson, women also took to the streets as part of the 1913 Women’s Suffrage Parade. The women called on Wilson to implement a constitutional amendment that would guarantee women the right to vote, according to obamawhitehouse.gov.

The parade was held on March 3, 1913, and was organized by the National American Woman Suffrage Association.

Instead of pink caps worn by protestors in the Women’s March on Washington, women in 1913 wore wide-brimmed hats and carried flags.

For more on the 1913 suffrage parade, see the book Seeing Suffrage: The 1913 Washington Suffrage Parade, Its Pictures, and Its Effects on the American Political Landscape; The Atlantic‘s Pictures of the 1913 Women’s Suffrage Parade, this academic article examining suffrage parades from 1910-1913, as well as this New York Tribune essay explaining why suffragists were parading, penned by Harriet Stanton Blatch (daughter of Elizabeth Cady Stanton). 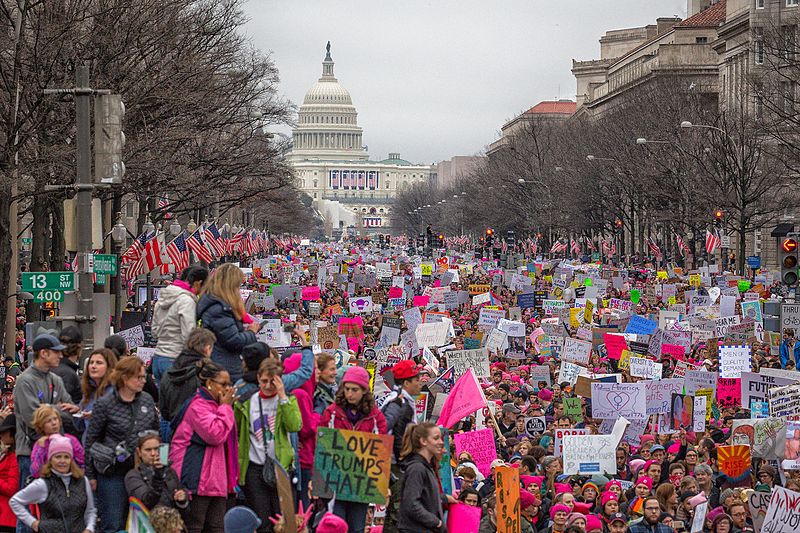 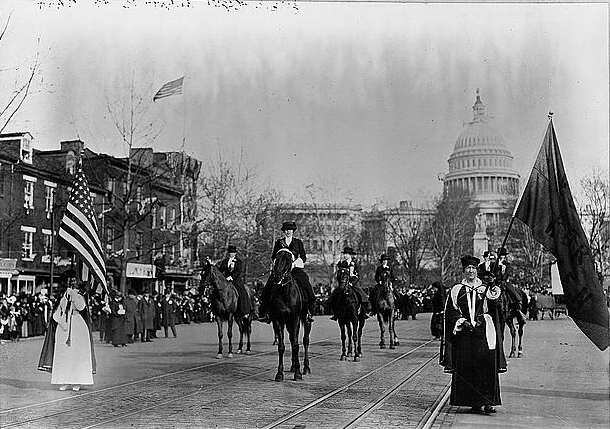