In chapter 34 of Women’s Press Organizations, 1881-1990 (edited by Elizabeth V. Burt), Maurine H. Beasley discusses the founding of the Women’s National Press Club in 1919. The suffrage campaign led directly to the establishment of this club, the most important organization for women journalists in Washington, DC for the first two-thirds of the 20th century. This chapter details how three journalists and three publicists, who had become friends during years of suffrage struggle, founded the club in to advance their mutual professional interests when it became apparent that suffrage would be won.

Restricted access, including an excerpt from the chapter, is available here, via Google Books. You can purchase a paper or electronic version of the book through the publisher’s website.

For more on women journalists and suffrage, see “A New Generation,” in Women of the Washington Press: Politics, Prejudice, and Persistence and “Those Knights of the Pen and Pencil.” 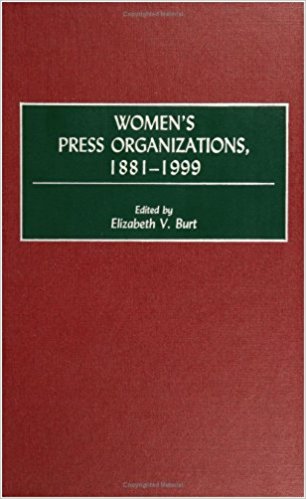