Treacherous Texts: US Suffrage Literature, 1846-1946. Edited with an introduction by Mary Chapman and Angela Mills. Rutgers, 2011.

Treacherous Texts: U.S. Suffrage Literature, 1846–1946 is an anthology of diverse literature aimed at convincing Americans to support the suffrage movement that collects “more than sixty literary texts written by smart, savvy writers who experimented with genre, aesthetics, humor, and sex appeal in an effort to persuade American readers to support woman suffrage. Although the suffrage campaign is often associated in popular memory with oratory, this anthology affirms that suffragists recognized early on that literature could also exert a power to move readers to imagine new roles for women in the public sphere. Uncovering startling affinities between popular literature and propaganda, Treacherous Texts samples a rich, decades-long tradition of suffrage literature created by writers from diverse racial, class, and regional backgrounds.”

Project Muse offers a download option for the book and Google Books features much of it. Check with your local libraries for availability.

Scholar Michelle Tusan summarizes and reviews this book and another one about suffrage media, Feminist Media History: Suffrage Periodicals and the Public Sphere, authored by Maria DiCenzo, Lucy Delap, and Leila Ryan.

JStor offers a preview of this book review, and an option to download it for a fee. Click here to read JStor’s guide for how to access their database from your institution. 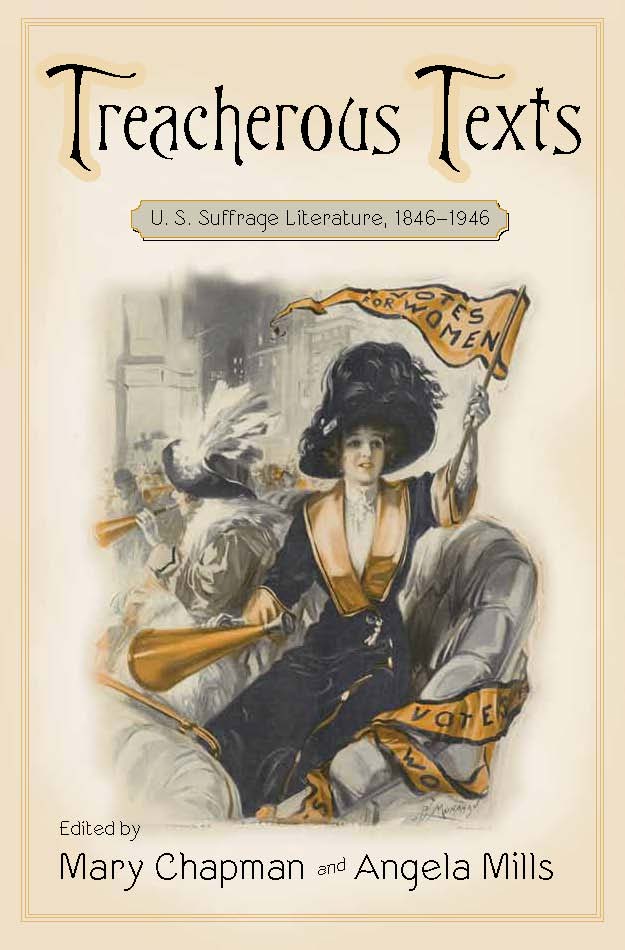