About the book Transatlantic Print Culture:

Building on recent work on Victorian print culture and the turn toward material historical research in modernist studies, this collection extends the frontiers of scholarship on the ‘Atlantic scene’ of publishing, exploring new ways of grappling with the rapidly changing universe of print at the turn of the twentieth century.

This book includes a number of references to print media’s use in the suffrage movement, in chapters such as “Transatlantic Print Culture: The Anglo-American Feminist Press and Emerging ‘Modernities'”; and “Feminist Things.” Both chapters focus on newspapers, magazines, and advertisements from the suffrage era. For example, in chapter three (“Transatlantic Print Culture”), Lucy Delap and Maria DiCenzo discuss the transnational connections of feminist periodicals on suffrage, which were produced in and circulated between both Britain and the United States.

Significant excerpts of the book are available for free preview on Amazon.com and Google Books, and you can buy a full-length e-book version from the publisher’s website. Also, academic and public libraries may hold copies of the book; check WorldCat to see if there is one near you. 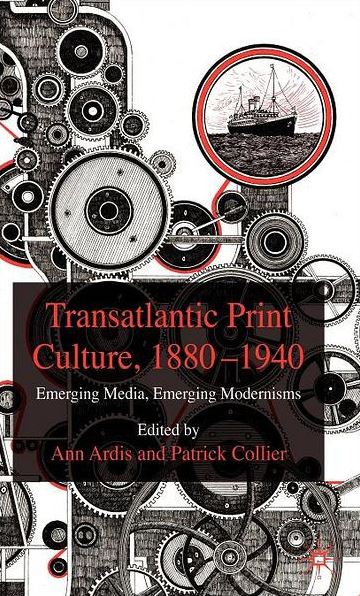