This 2016 Atlantic article by Adrienne LaFrance links today’s political memes to suffrage and anti-suffrage propaganda imagery from the early 20th century. LaFrance argues that politics often clashes with gender norms, particularly when women and women’s issues are poised to make history—such as when women were fighting to get the vote or when Hillary Clinton was running for president. Both the images of yesterday (pamphlets, postcards, posters, and the like) and images of today (memes) often rely on humor to either support or oppose women’s role in politics.

You can find many examples of suffrage-era propaganda of the sort LaFrance describes in the Catherine H. Palczewski Suffrage Postcard Archive. 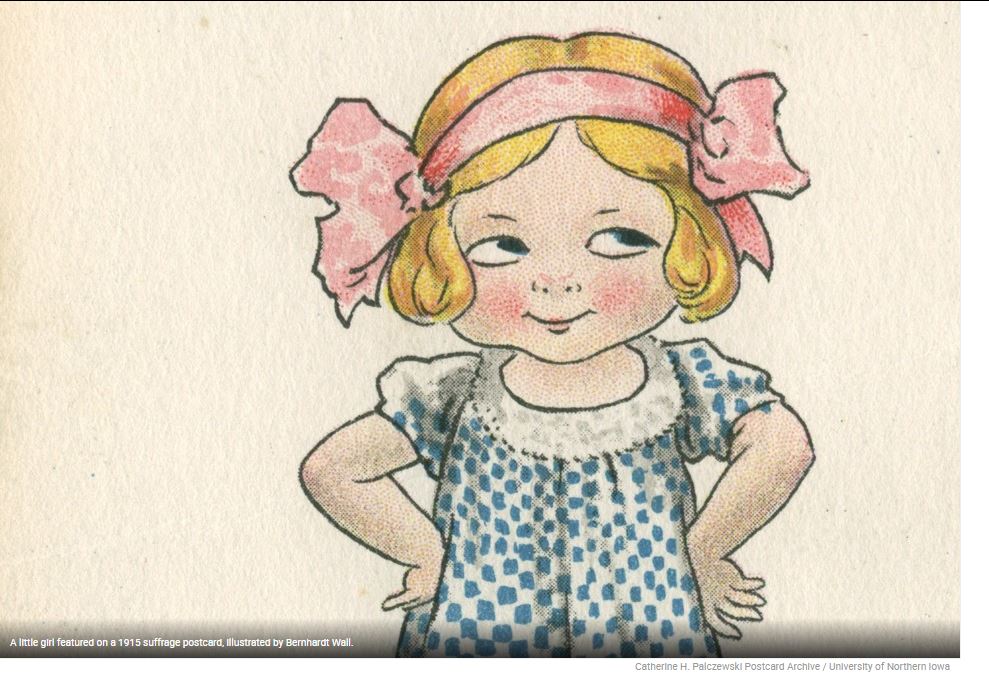