Suffrage and Beyond: International Feminist Perspectives

Suffrage and Beyond: International Feminist Perspectives examine the evolution of women’s women’s suffrage worldwide, using collected works of scholars from Australia and New Zealand. All the papers in this book were presented at a three-day conference, “Suffrage and Beyond,” held at Victoria University of Wellington in New Zealand in 1993.

The 1980s and 1990s have seen an unprecedented emphasis on global feminism, on the connectedness of women regardless of race, class, or geography. And yet, the status and position of women throughout the world remains enormously disparate. Even so fundamental an issue as a woman’s right to vote has been—and in many countries continues to be—hotly contested. How then have suffrage movements evolved? What are the similarities and differences in the manner in which women, in a range of different economic, religious, and political contexts, have sought the vote?

Bringing together such eminent scholars as Nancy Cott, Ellen Dubois, and Carole Pateman, Suffrage and Beyond offers a comprehensive look at the political history of suffrage on a global scale. Chapters on the United States, Britain, Germany, France, Japan, New Zealand, Australia, and South America address a range of crucial issues: what is the relationship of indigenous people’s rights to women’s rights? What tangible effect has the right to vote had on women’s lives? What is the dialectical relationship between women’s activism and patriarchal institutions? How have suffragists been represented? What role did the racism of the suffragists themselves play in their quest? What have been their leadership strategies, their language, their ideas?

Google Books offers a limited preview of the book. It is also available for sale through online sellers like Amazon.com and through academic libraries (both as an e-book and in print). You can check WorldCat to see if there’s a library with access near you. 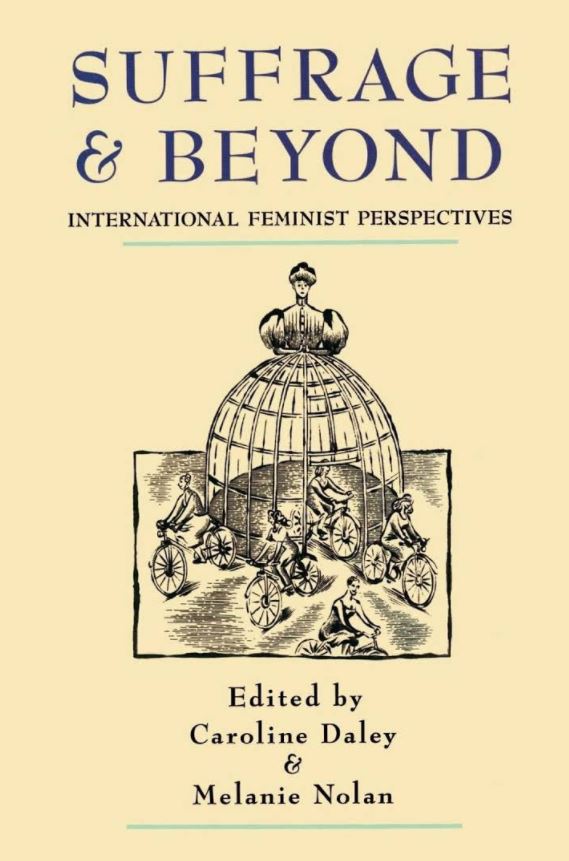