The Sturdy Oak: A Composite Novel of American Politics by Fourteen American Authors

This unusual work was first serialized by Collier’s Magazine in 1916 and then as a novel by Henry Holt & Company in 1917. Fourteen prominent authors each contributed a chapter, working without payment an donating donated the proceeds of the book’s sales to the women’s suffrage movement. This was in advance of the November 1917 referendum vote in New York that granted the vote to the women of the state. The authors include some of the best known and most popular writers of the day: Samuel Merwin, Harry Leon Wilson, Fannie Hurst, Dorothy Canfield, Kathleen Norris, Henry Kitchell Webster, Anne O’Hagan, Mary Heaton Vorse, Alice Duer Miller, Ethel Watts Mumford, Marjorie Benton Cooke, William Allen White, Mary Austin, and Leroy Scott.

The novel was first serialized in Collier’s Magazine in and then published as a book by Henry Holt & Company, both in 1917.

As the book’s preface tells it, although The Sturdy Oak was written to support the cause of women’s suffrage, “the novel itself is first of all a very human story of American life today. It neither unduly nor unfairly emphasizes the question of equal suffrage, and it should appeal to all lovers of good fiction.”

At this link, Google has digitized issues of the magazine and the entire novel in weekly serialization can be read in Collier’s,  Vol. 59, Part I for 1917. The chapters begin with illustrations in the September 22, 1917 issue and proceed weekly thereafter, two per week for seven weeks. Norman Hapgood and Mark Sullivan, both suffrage supporters, comprised the magazine’s editorial leadership.

You can access the novel, including a Kindle version, for free here, via Project Gutenberg.

You can also listen to and download free audio recordings of The Sturdy Oak here, via LibriVox. 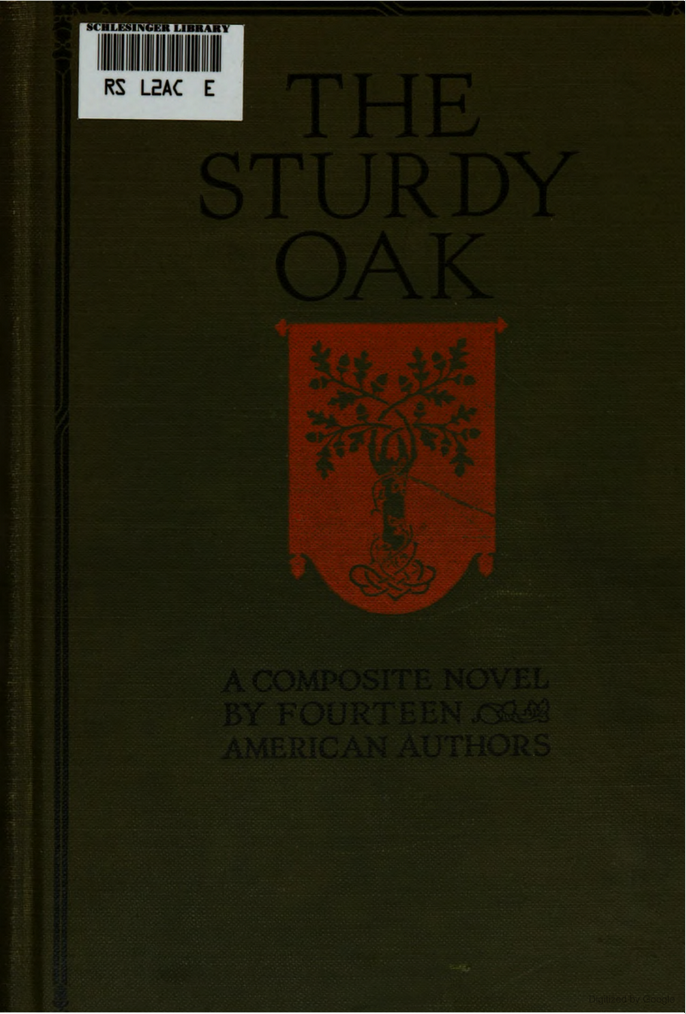