The Newseum celebrated the work of journalist, feminist, and novelist Miriam Michelson with a sold-out  panel June 25, 2019 that featured the author of a collection of Michelson’s work, Lori Harrison-Kahan, a professor at Boston College, with Anna Palmer, Playbook co-author and Women Rule Editorial Director, POLITICO; Shawna Thomas, Washington D.C. bureau chief, VICE News, and Michelson’s great-great niece, the journalist Joan Michelson as moderator. The latter day Michelson is a writer for Forbes and host of the podcast “Green Connections Radio” which also featured the book in the podcast linked here and below. Harrison-Kahan’s collection of Michelson’s writings is called The Superwoman and Other Writings by Miriam Michelson. Here is a brief biography of Michelson from the Jewish Women’s Archive.

Her 1905 book, The Yellow Journalist, which first appeared serially in the Saturday Evening Post, includes an installment titled “The Milpitas Maiden” (The Saturday Evening Post, Vol. 177, Iss. 52, June 24, 1905, pp.3-5,16), in which Michelson’s protagonist covers a suffrage convention. Michelson based the story on her experiences as a San Francisco Call reporter covering the 1895 Woman’s Congress of the Pacific Coast. The episode follows the series’s journalist-heroine Rhoda Massey as she competes with male reporters for a big convention scoop. Rhoda, a seasoned reporter for the San Francisco News, triumphs, thanks to her alliance with another “lady journalist,” a rookie reporter for the small-town Milpitas Mercury.

For further information on Michelson, read this interview with Harrison-Kahan on the New York Public Library blog and this piece for CNN.com on how the seeds of the #MeToo movement were sown a century ago. See also Harrison-Kahan’s article on Michelson and Elizabeth Jordan, “The Girl Reporter in Fact and Fiction: Miriam Michelson’s New Women and Periodical Culture in the Progressive Era,” which appeared in the academic journal Legacy (Vol. 34, No. 2 2017, pp.321-338), and can be found in JStor at this stable link. 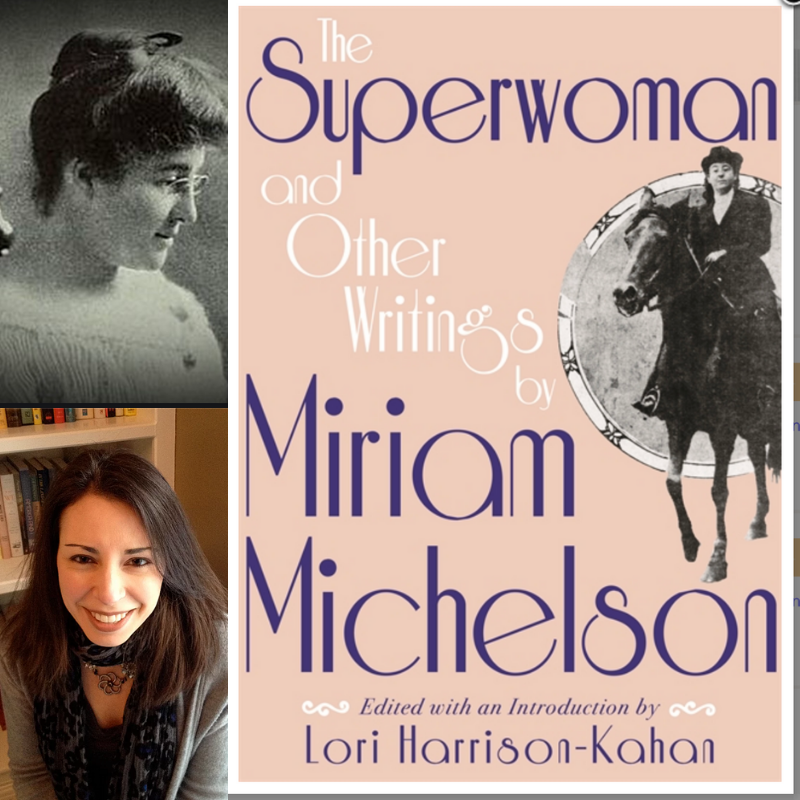