This newspaper clipping from The Washington Herald explains how the Secretary of State, Bainbridge Colby, signed the suffrage proclamation privately on August 26, 1920 – controversially, without the presence of members of the National American Woman Suffrage Association or the National Women’s Party. Both organizations had been hoping to be part of the signing, with the National Women’s Party even inviting “movie men” to the presumed ceremony. Colby issued a statement explaining his actions:

“It was decided not to accompany this simple ministerial action on my part with any ceremony or setting. This secondary aspect of the subject has, regretfully, been the source of considerable contention, as to who shall participate in it and who shall not. Inasmuch as I am not interested in the aftermath in any of the frictions or collisions which may have been developed in the long struggle for the ratification of the amendment, I have contented myself with the performance in the simplest manner of the duty devolved upon me under the law.” 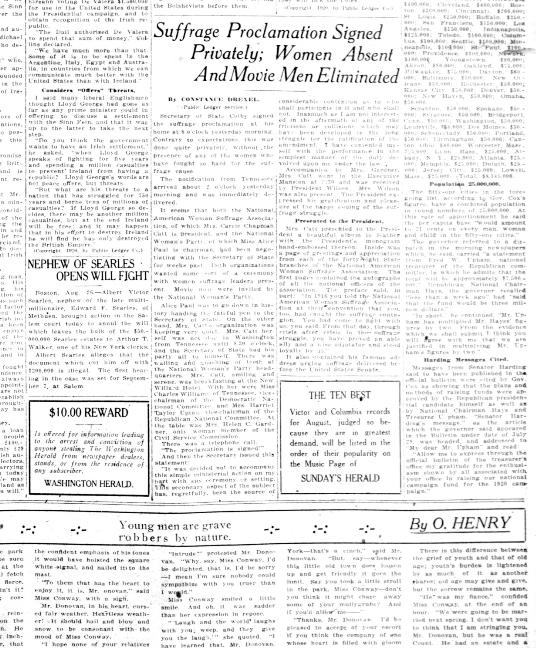