The National Park Service has an expansive site on the Nineteenth Amendment with excellent resources, including online webinars on various aspects of the centennial celebration and the suffrage movement’s history. From the website’s introductory text: 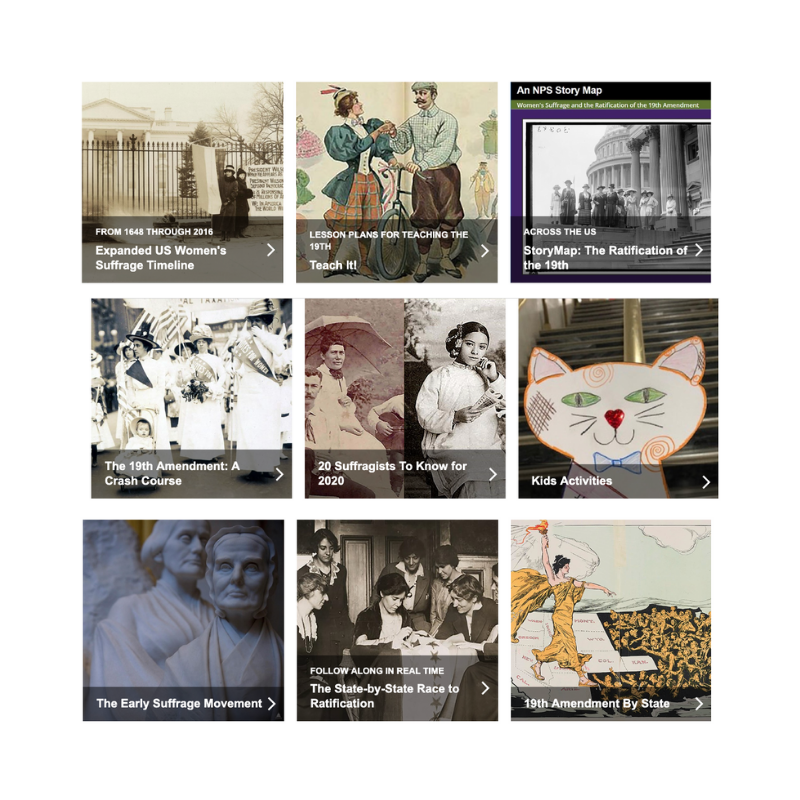 Women in America first collectively organized in 1848 at the First Women’s Rights Convention in Seneca Falls, NY to fight for suffrage (or voting rights). Organized by Elizabeth Cady Stanton and Lucretia Mott, the convention sparked the women’s suffrage movement. Not everyone followed the same path in fighting for women’s equal access to the vote, and the history of the suffrage movement is one of disagreements as well as cooperation.

While women were not always united in their goals, and the fight for women’s suffrage was complex and interwoven with issues of civil and political rights for all Americans, the efforts of women like Ida B. Wells and Alice Paul led to the passage of the 19th Amendment. Signed into law on August 26, 1920, the passage of the 19th Amendment was the result of decades of work by tens of thousands across the country who worked for change.

Use this site to discover some of the stories of women and men who fought for women’s suffrage rights. You’ll also find resources for children and adults, including essays on suffrage, storymaps, and lesson plans. 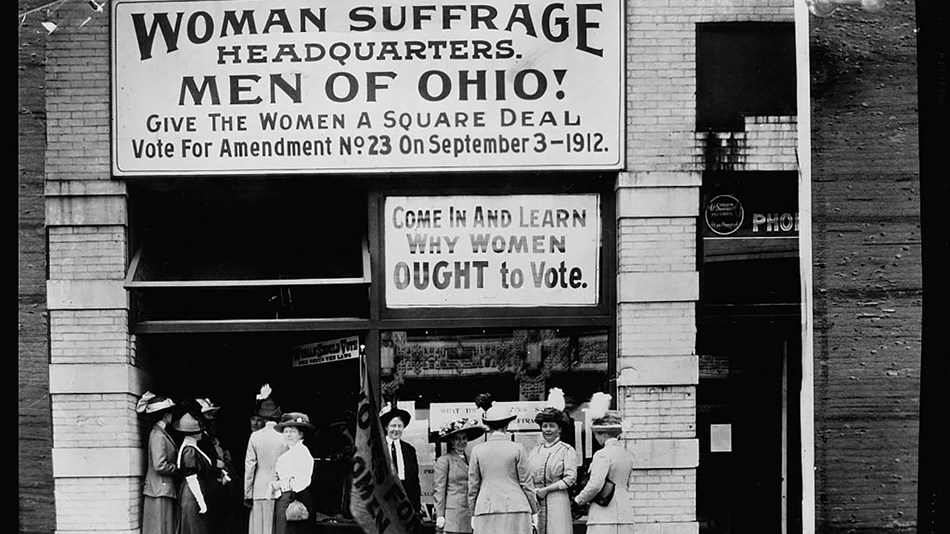 This series of 14 articles gives a comprehensive history of woman suffrage and the 19th Amendment across America.