Max Eastman, the first secretary of the Men’s League for Woman Suffrage of the State of New York, provided this essay to the suffrage publication the Woman Voter, with his creation story of the League. His successor, Robert Cameron Beadle, repeated much of this and added his own flavor to a subsequent article in the Trend, published in 1913.

Eastman recruited for the League for the better part of a year, seeking to assemble a membership of 100 prominent, influential men before the group went public. As it happened, they managed to amass 150 such names for the inaugural announcement.

Eastman also includes this account in his memoir, Enjoyment of Living, portions of which are available for free via Google Books. You can also purchase the memoir on Amazon.com, or use WorldCat to find it in a library near you.

You can read more about the role prominent men played in the women’s suffrage movement in Brooke Kroeger’s 2017 book, The Suffragents: How Women Used Men to Get the Vote. 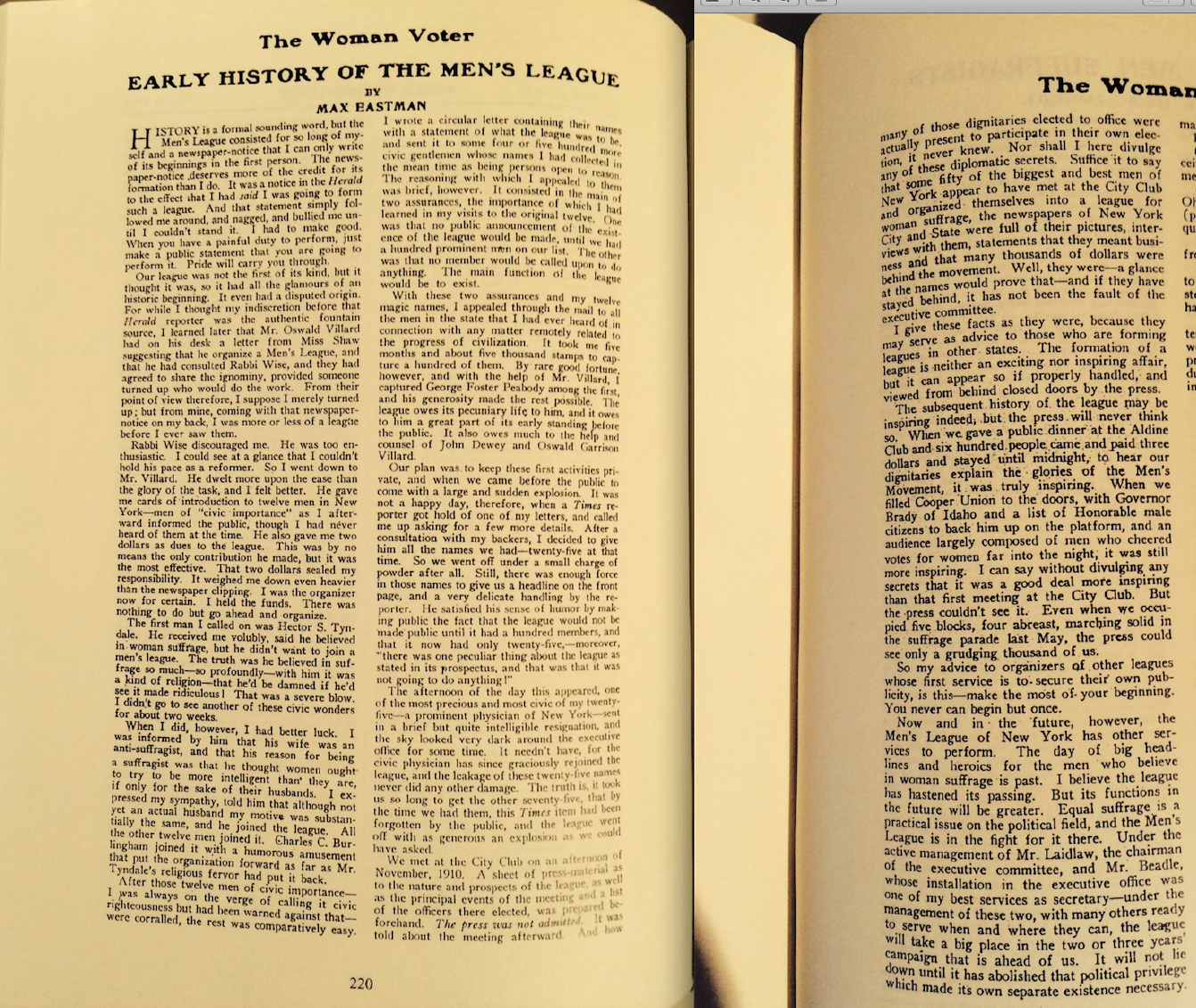