Journalist Bertha Damaris Knobe, a well-known writer who covered the suffrage movement, wrote an account of a May 1911 suffrage parade in New York City for Harper’s Weekly.

Knobe writes evocatively, explaining the scene that unfolded during a march on Fifth Avenue and rally in Union Square. There were 3,000 women marching to the tune of five bands, drawing thousands of spectators—men included, who mostly watched respectfully, save for a few hecklers. Knobe notes it was “the first big woman’s suffrage procession in America,” and that among the marchers were prominent women such as the 90-year-old Rev. Antoinette Brown Blackwell, the first ordained female minister in the United States.

The cover of this Harper’s Weekly issue can be viewed by clicking on the link below. And a copy of this article can be found below. It can also be found in the HarpWeek historical database, which many libraries and academic institutions have access to. You can check WorldCat to see if there’s a library with HarpWeekly near you.

For more on Bertha Damaris Knobe’s journalism on the suffrage movement, see her article on the suffrage victory in California, and this account of suffragist activism for The Independent magazine. 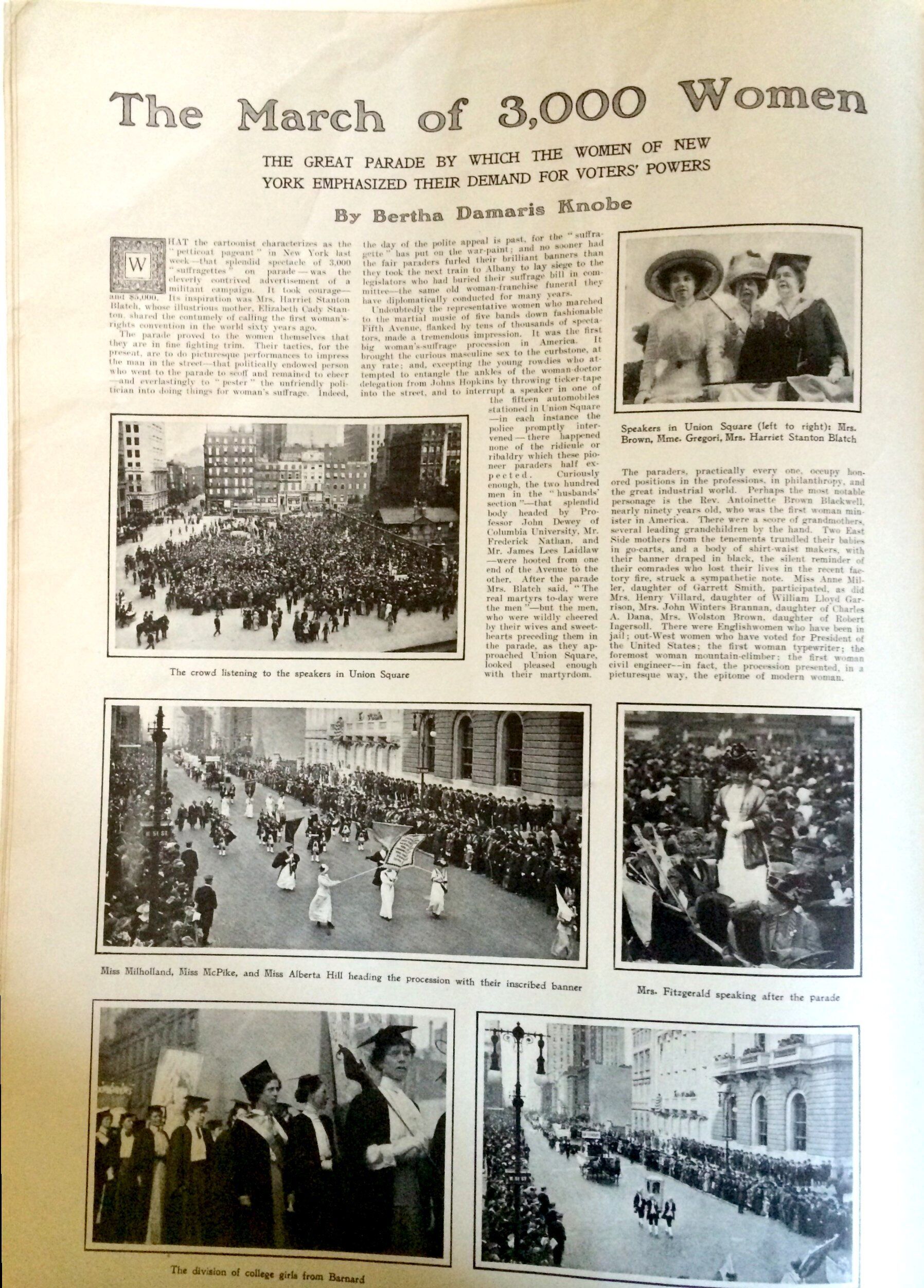