Letter to the Editor from Melinda Hall Gardner: The Suffrage Pickets

Matilda Hall Gardner was a suffragist who was a member of the national executive committee of the militant National Women’s Party, the pro-suffrage group founded by Alice Paul and Lucy Burns.

In a June 4, 1917 letter to the New York Evening Post, Gardner takes on the objections to suffrage voiced by members of Congress and the Post‘s Washington correspondent.

Gardner wrote that congressional opponents to suffrage had objected to every type of tactic activists used, from parades to letters to the editor. She further noted that there was now a new type of World War I-related objection appearing, both from pro-war figures and those opposed to the conflict. Pro-war figures, in her telling, said that women’s “‘hysterical'” objections to war showed they were not fit to weigh in on the “‘great questions'” of the day. Anti-war figures, meanwhile, argued that some women’s demands for war proved that women should not participate in public life.

Lastly, she noted that David Lawrence, the Washington-based reporter for the Post, wrote in a dispatch that women should wait on men to grant them voting rights after the war. Her rejoinder reads, in part: “Can Mr. Lawrence or any other man cite any right which ever was achieved by men or women as a result of ceasing their demands and relying on the gratitude of their superiors in power?”

You can access the letter here at the Fulton History newspaper database, or read it by downloading the image below or opening the link for the original, digitized version from Fulton History.

The Suffrage Picket -Reprinted Letter to the Editor of the New York Evening Post, June 4, 1917 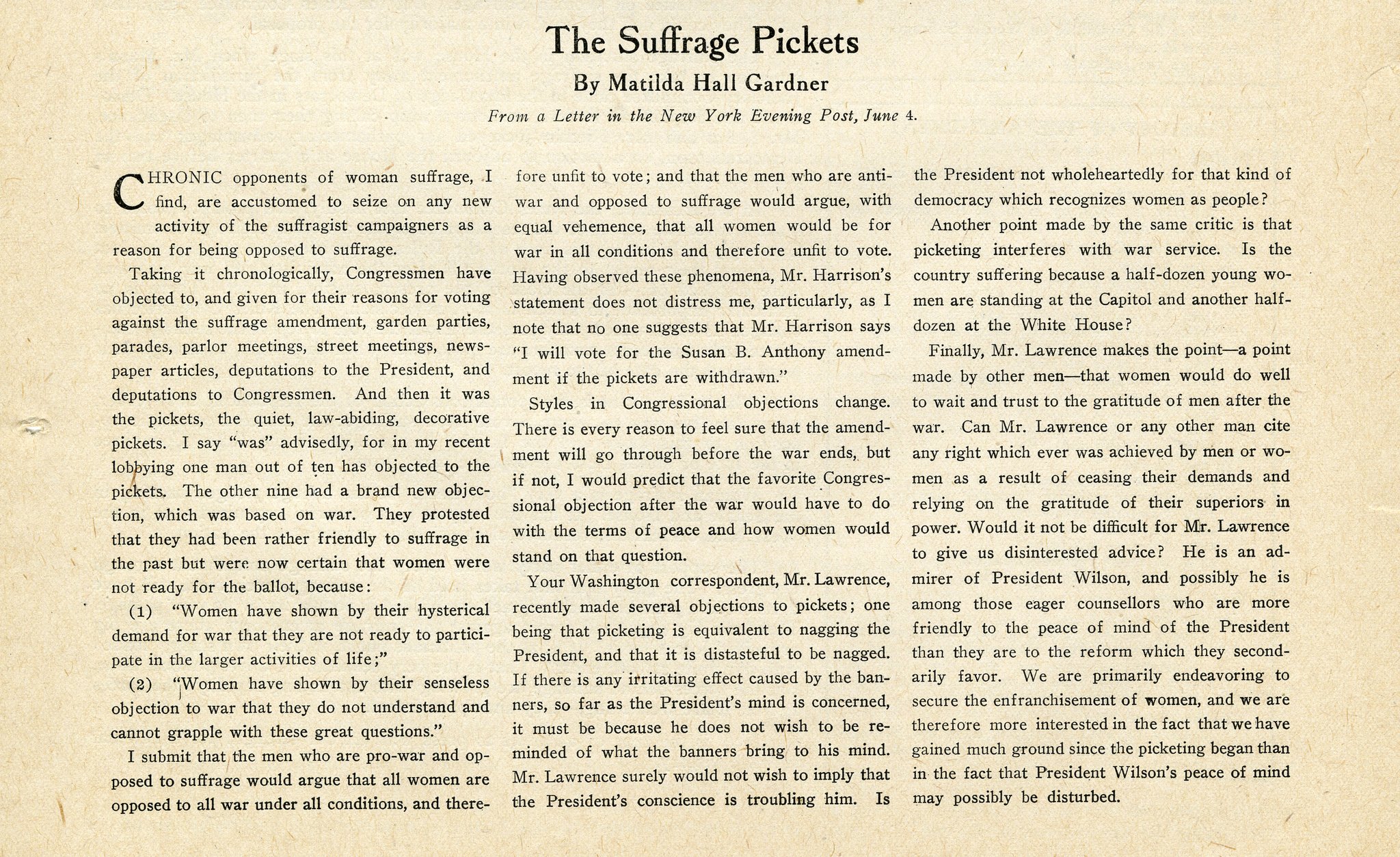