James Anderson in Leslie’s Weekly in July 1918: “The Forty-Five Year Fight for Suffrage” “. . .The most drawn out and curious of all political fights”

Leslie’s Weekly, a popular illustrated national magazine (which, during the early 1900s, regularly featured women reporters and photographers, such as Eleanor Franklin, Harriet Quimby, Sadie Kneller Miller [aka Mrs. C.R.] Miller], and Helen Johns Kirtland, carried this essay by James Anderson on July 20, 1918. It ran in the midst of World War I, shortly before the US Senate ratified the Nineteenth Amendment, which had passed the House of Representatives the preceding January 10th. “Thus, curiously enough in the midst of wartimes,” Anderson writes, “when there are so many other vital matters of legislation to be considered, the most drawn-out and curious of all political fights in the history of the country will have been at last brought to a successful conclusion. Whatever our personal feelings may be, whether we are for or against woman suffrage or whether we have no decided opinion on the subject, there can be no question of the great historical interest attached to this really big national event.”

Anderson writes of how the amendment “slumbered and hung fire” until the 40th anniversary of its introduction in the House in 1878, coming to an unsuccessful vote only twice in the Senate and once in the House during all those years. He traces Susan B. Anthony’s most memorable public acts—from the ridicule to the calling of the Seneca Falls convention in 1848, to her attempt to vote in Rochester to test the application of the Fourteenth and Fifteenth Amendments long before it was legal for a woman to vote, to announcing herself as a candidate for Congress, which ended in defeat, but opened the way for Jeanette Rankin to achieve that status. He notes the resurgence of suffrage fervor in England with its reverberations on this side of the Atlantic, especially its more controversial “militant outbursts.”

He cites Senator William Calder, a New York Republican (1869-1945), to describe the suffragists’ force of will. “The suffragists come to my house before I am out of the bath in the morning. They escort me to breakfast and see me safe to the Capitol. They wait outside the hall to buttonhole me in the lobby and they haunt my office. They take me to dinner, they accompany me to my home, and they leave me at bedtime, remarking that they will be on hand again in the morning and they keep their word.”

Anderson cites the great work of suffragists the country over and singles out the New York state activists for their success in convincing so many men opponents to change their views and vote passage of the New York State amendment in November of 1917 “when they realized the part women were playing in this great struggle [World War I.] In brief, many have concluded that women have demonstrated, perhaps in the best way possible, their fitness for the ballot. What is true of New York is true in every state.” 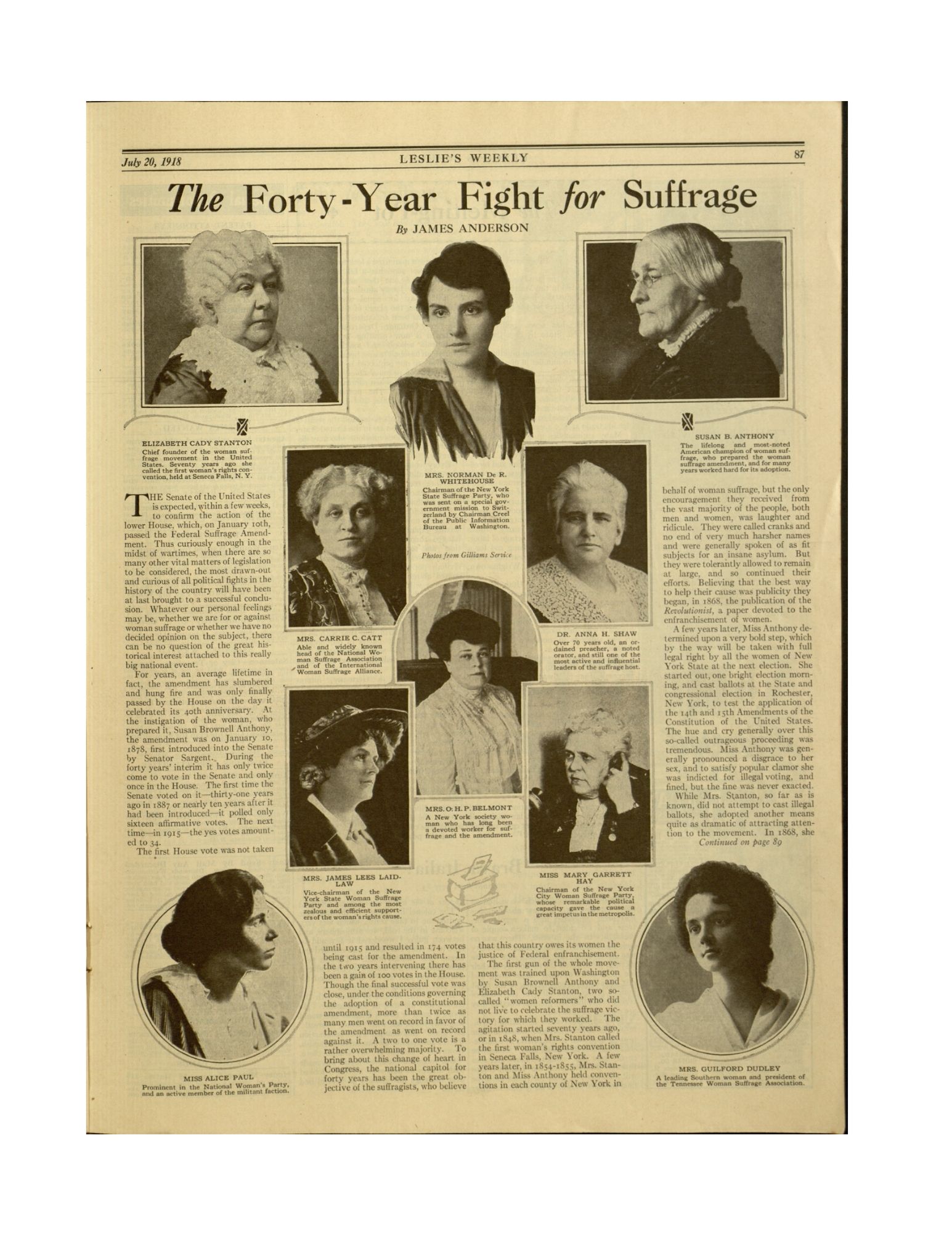 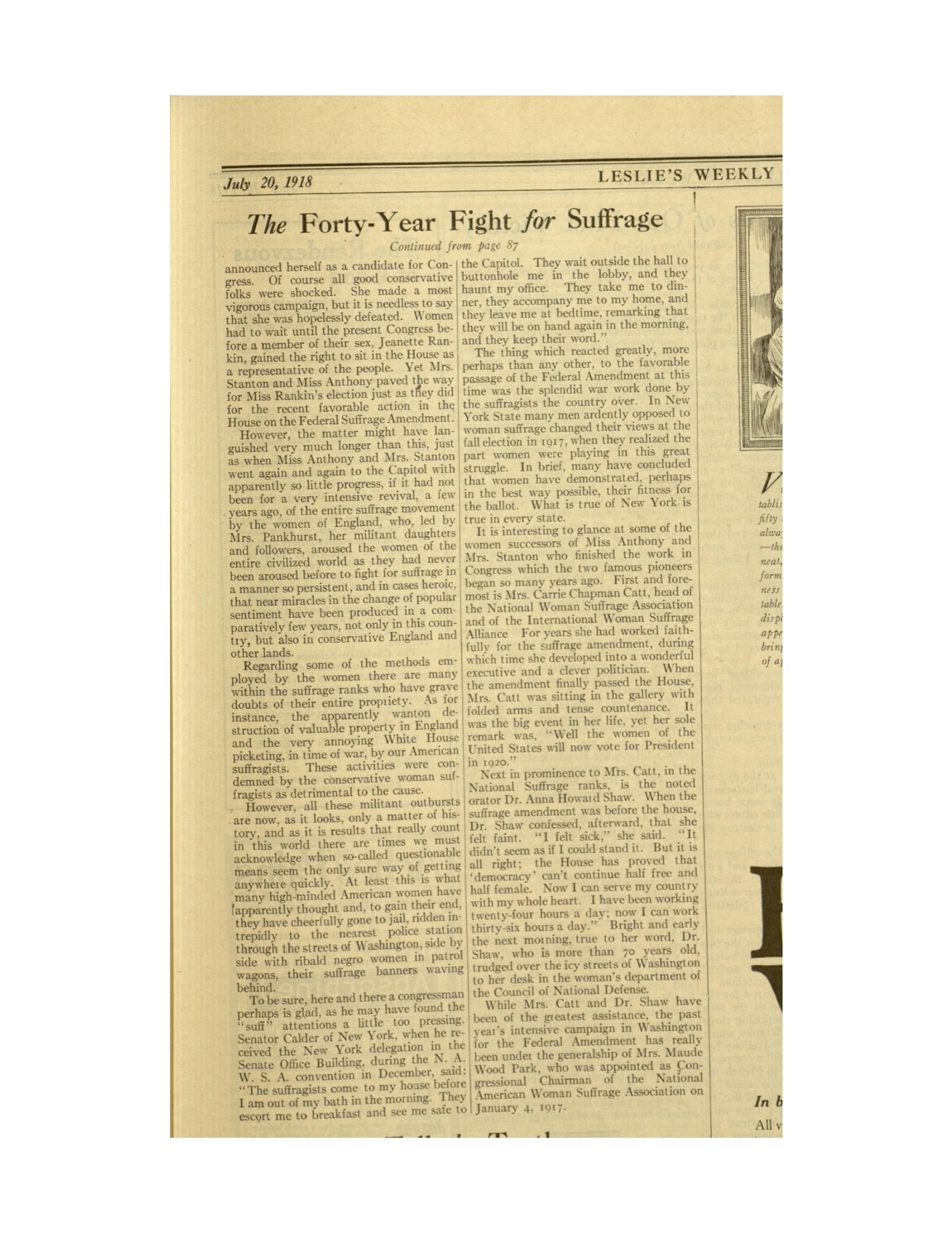