In 2016, staffers at Cambridge University Library discovered an old, brown parcel in its collections. Opening the package revealed that it had originally reached the library around 1910, and for over a century, its contents had gone unnoticed. Mysteriously addressed to “the Librarian,” the parcel held a bundle of well-preserved suffrage posters from the early 1900s. Its sender was Marion Phillips, a major figure of the suffrage movement in Britain, who was elected to parliament in 1929.

For the first time since the discovery, the library has organized a display featuring a selection of the posters. The small exhibition marks the centenary of the Representation of the People Act, which granted British women the right to vote — women over 30, that is, who met minimum property qualifications. (It wasn’t until 1928 that the full electoral equality was attained.)

The article also features 13 of the posters on display at Cambridge. 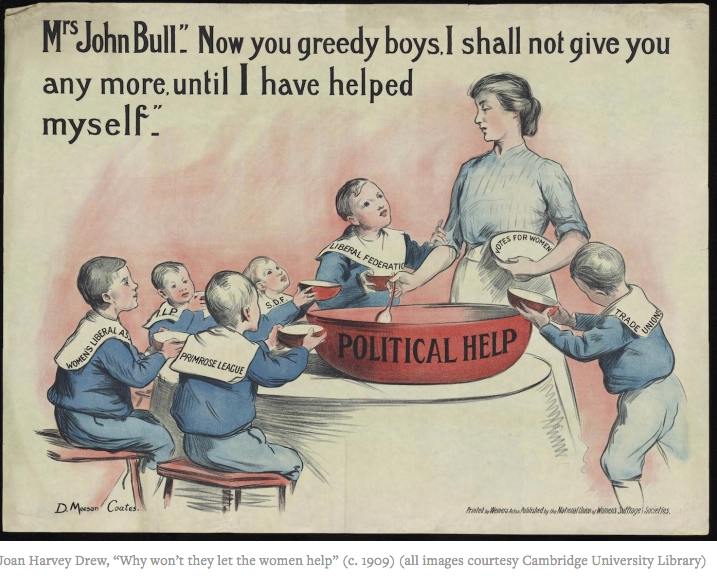