The year is 1914, and with Europe on the brink of war, the leaders of the radical women’s rights movement are fugitives from the law. Their last line of defence is the elite secret society of “Amazons”; women trained in the martial art of Bartitsu and sworn to protect their leaders from arrest and assault. The stakes dramatically rise when the Amazons are thrust into a deadly game of cat and mouse against an aristocratic, Utopian cult.

Though the secret society featured in the trilogy is fictitious, Wolf was inspired by an actual group of suffragette bodyguards.

You can purchase the Suffrajitsu trilogy in e-book format via Amazon.com. You can also buy Suffrajitsu—both as individual issues and as a series—from comiXology.

For a more extensive account of some British suffragists’ use of militant tactics, see Andrew Rosen’s Rise Up, Women!: The Militant Campaign of the Women’s Social and Political Union, 1903-1914. 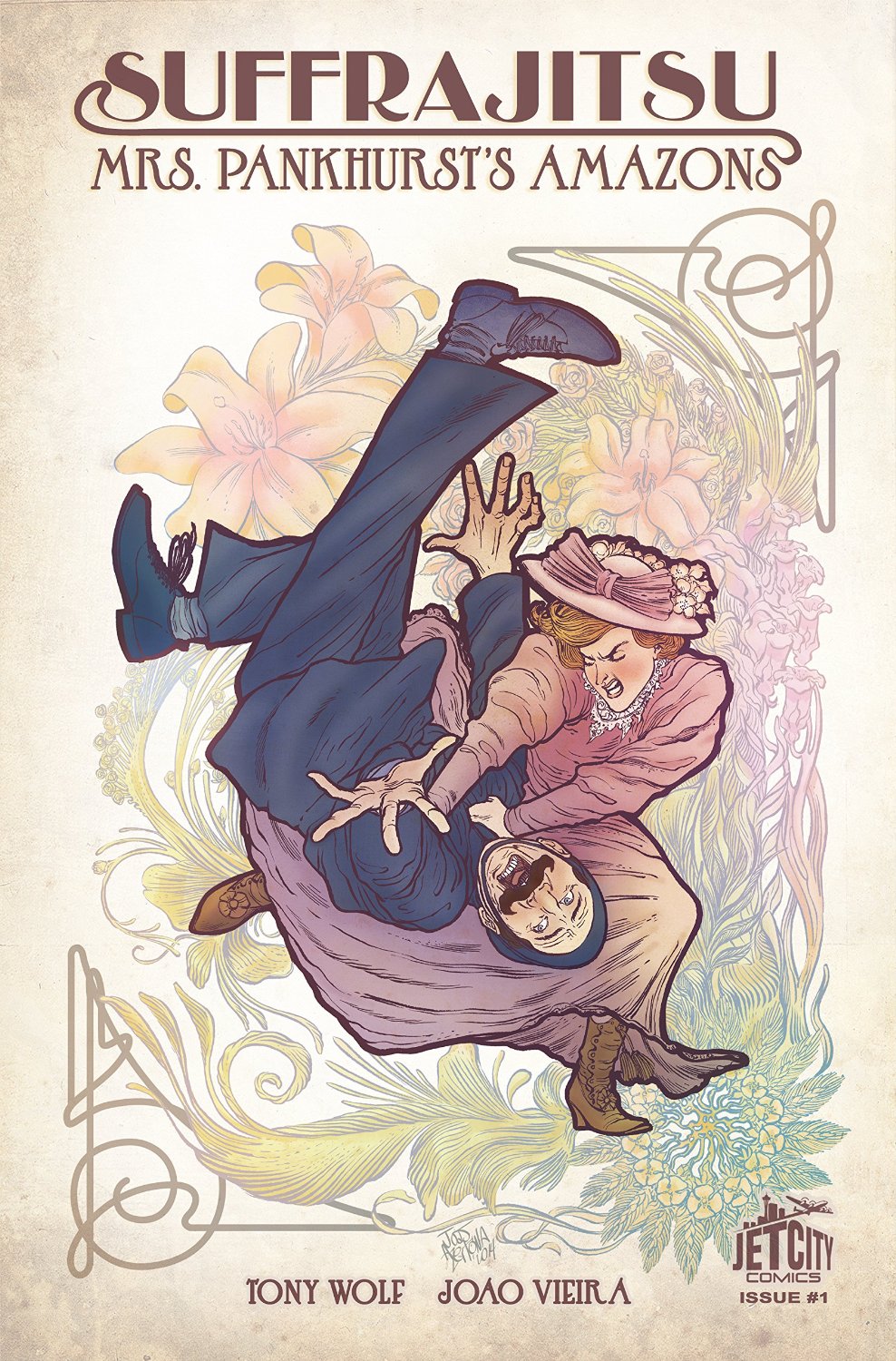 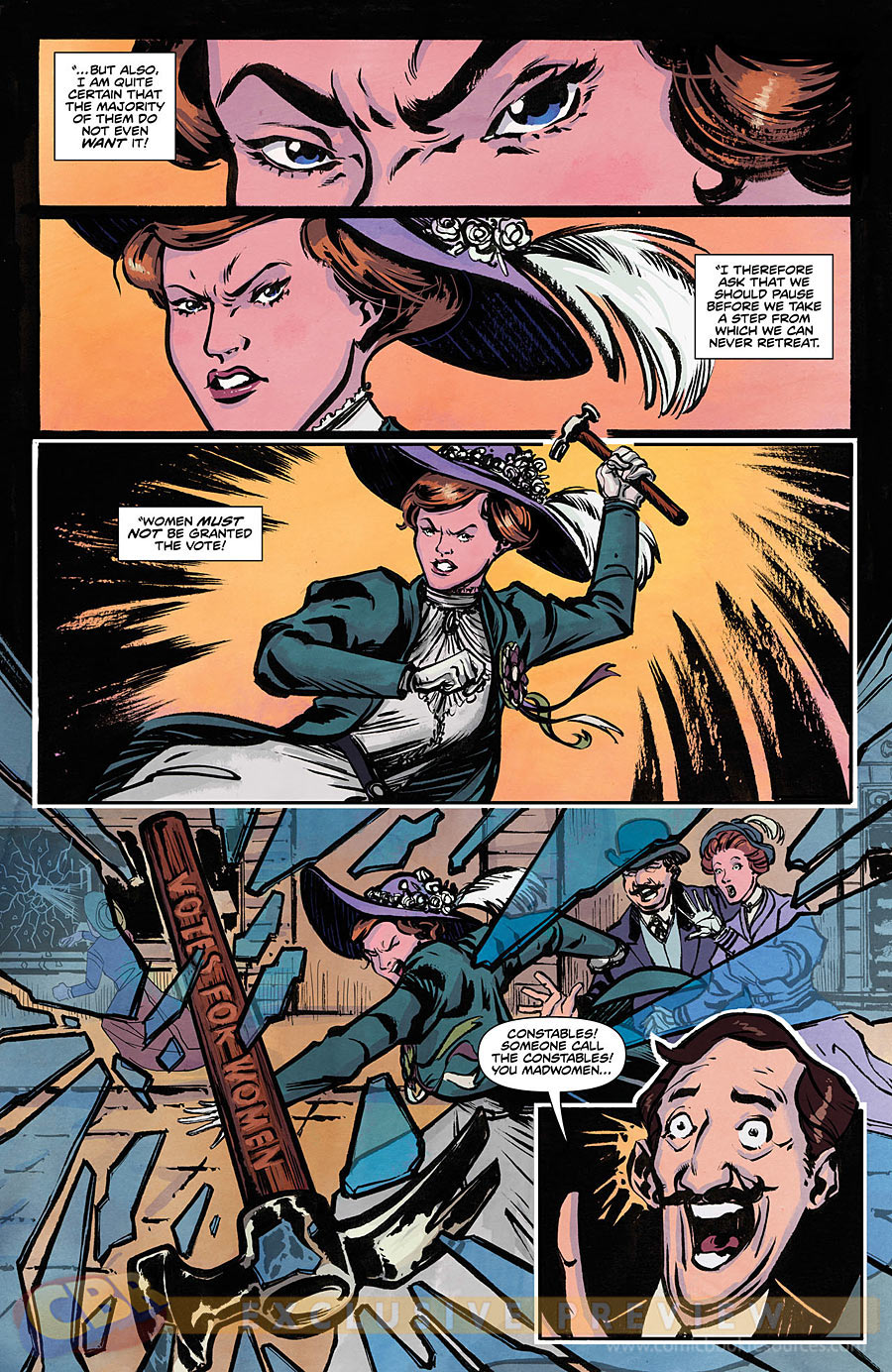