Gotham Center for New York City History: The Men Who Helped Get Women the Vote by Brooke Kroeger

Brooke Kroeger. "The Men Who Helped Get Women the Vote." Gotham: A Blog for Scholars of New York History. November 9, 2017.

Gotham: A Blog for Scholars of New York History published an excerpt from Brooke Kroeger’s book, titled The Suffragents: How Women Used Men to Get the Vote.

Kroeger introduces readers to the subject of her book, the Men’s League for Woman Suffrage, an elite group of men who lobbied New York’s legislature and governor on women’s suffrage.

Kroeger explains the significance of this league, which included luminaries like Rabbi Stephen S. Wise and Max Eastman, the well-known intellectual and writer, in this excerpt:

From a contemporary standpoint, it is remarkable to consider that one hundred years ago, these prominent men — highly respected and influential, their exploits chronicled regularly in the national media — not only gave their names to the cause of women’s rights or called in the odd favor, but rather invested in the fight. They created and ran an organization expressly committed to an effort that, up until the point at which they joined, had been seen as women’s work for a marginal nonstarter of a cause. From the beginning of their involvement, these men willingly acted on orders from and in tandem with the women who ran the greater state and national suffrage campaigns. How many times in American history has such collaboration happened, especially with this balance of power?

You can read the entire excerpt here. You can buy Kroeger’s book here. 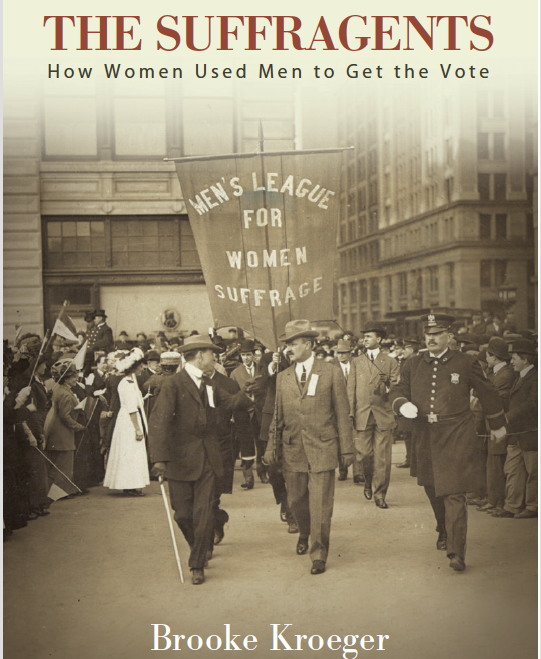