Gotham Center for New York City History: When the Media Elite Threw Their Fedoras into the Ring for Women’s Rights by Brooke Kroeger

Brooke Kroeger. "When the Media Elite Threw Their Fedoras into the Ring for Women’s Rights." Gotham: A Blog for Scholars of New York History. November 16, 2017.

Brooke Kroeger, author of the book The Suffragents: How Women Used Men to Get the Vote, penned this excerpt on the Gotham Center’s blog on the media elite who backed suffrage.

Kroeger explains that New York media bigwigs’ advocacy for suffrage was a key reason why the suffrage campaign was ultimately victorious. Some of these media bigwigs included members of the Men’s League for Woman Suffrage, the New York-group that is the subject of Kroeger’s book.

Key to the momentum that propelled the 70-year-old women’s suffrage campaign to victory was the support this “despised” cause attracted from members of New York City’s media establishment, both in their public behavior and in the pages of the mainstream publications they wrote for or controlled. Trolls on the parade line took aim at their masculinity, but what today might be called their “liberal media bias” passed without apparent notice. In the 1910s, editorial dispassion as a value was not quite yet a thing.
Publishers, editors, stylish writers, and reporters were plentiful in the leadership and ranks of suffrage organizations that emerged in the pivotal decade leading up to the 1919 passage of the 19th Amendment to the U.S. Constitution and its ratification in 1920. These men not only wrote or featured pro-suffrage coverage in their magazines and newspapers, but they marched, gave speeches, and lobbied the legislatures and executive branches of government for the cause.
Read the entire essay here. 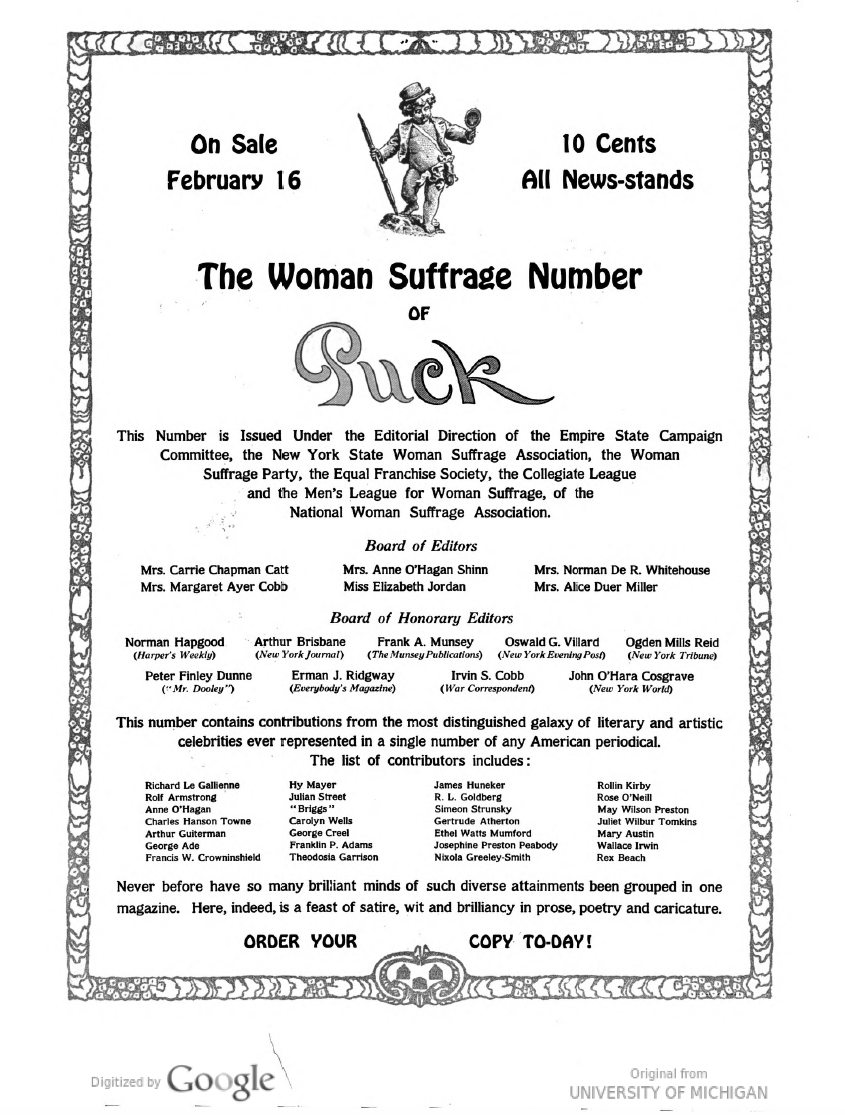 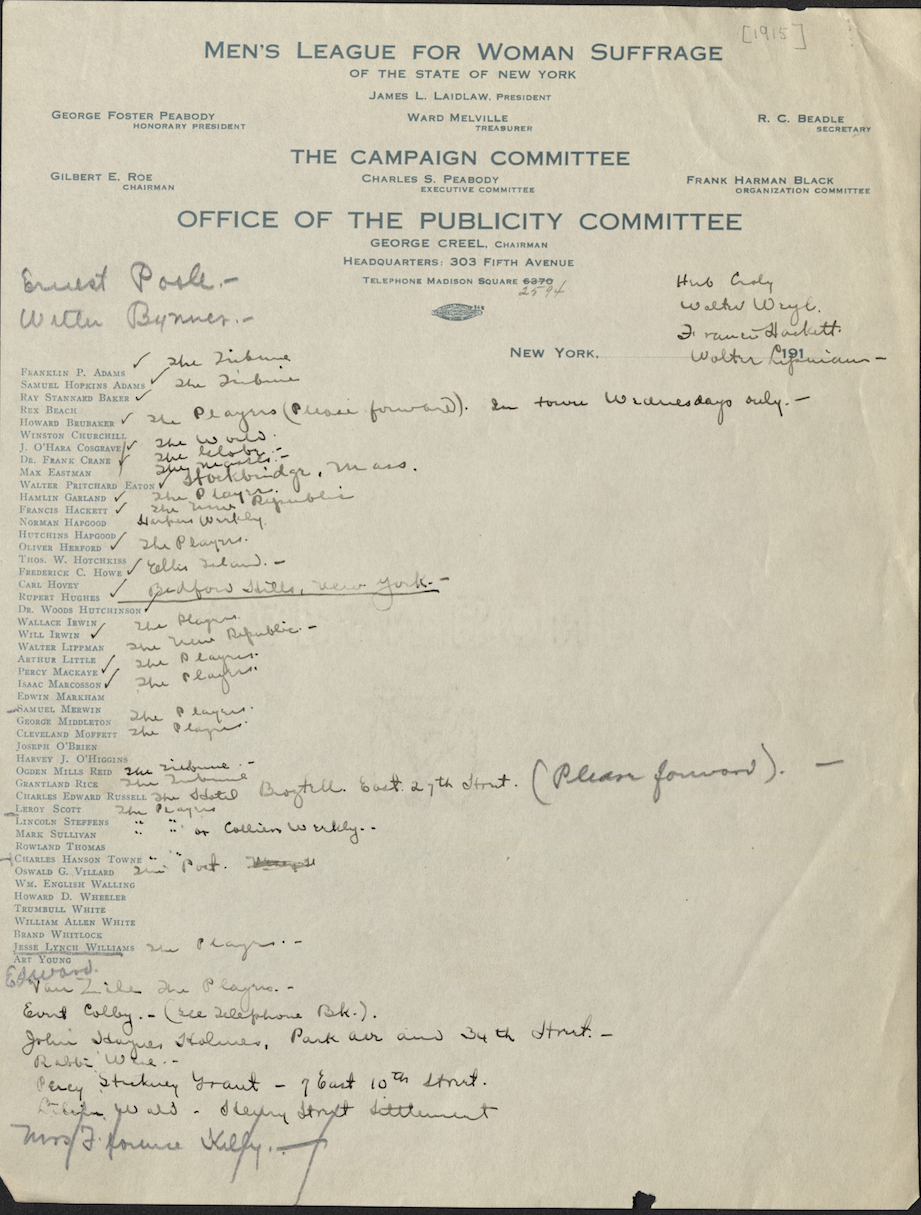