Until April of 1917, when George Creel became the head of the Committee on Public Information as the United States entered World War I, he was an active member of the Men’s League for Woman Suffrage, serving as its publicity chairman. The willingness of well-known male journalists like Creel to take their support for suffrage public through the press and the magazines—he did both—was key to the movement’s growing support in the final decade of the campaign. In this piece, Creel counters a prevailing conception women’s position in society. “There is the bland theory of vine clad cottages and dense walls of fragrant honeysuckle, behind which every right thinking woman sits in security surrounded by her babes,” he wrote. “What of the squalid holes in 13,000 licensed tenements in New York alone?”

Creel had advanced a similar argument in a letter to the editor of the New York Times a year earlier, in response to a statement he heard at an anti-suffrage meeting, a contention that winning the ballot would mean the disintegration of the home. “Home? What home?” Creel asked rhetorically in his letter of response. “Surely they cannot mean the dark, squalid holes in the 13,000 licensed tenements in New York City alone, where whole families and adult boarders sleep, eat, and work in a single room, toiling incredible hours for incredible pittances.”

“Chivalry Versus Justice” was also printed in the magazine Pictorial Review. To find a nearby library where you can access the Pictorial Review issue it appeared in, click here. Downloads of the pamphlet and Creel’s letter can be found below, along with the link to the letter to the editor in the New York Times archive. 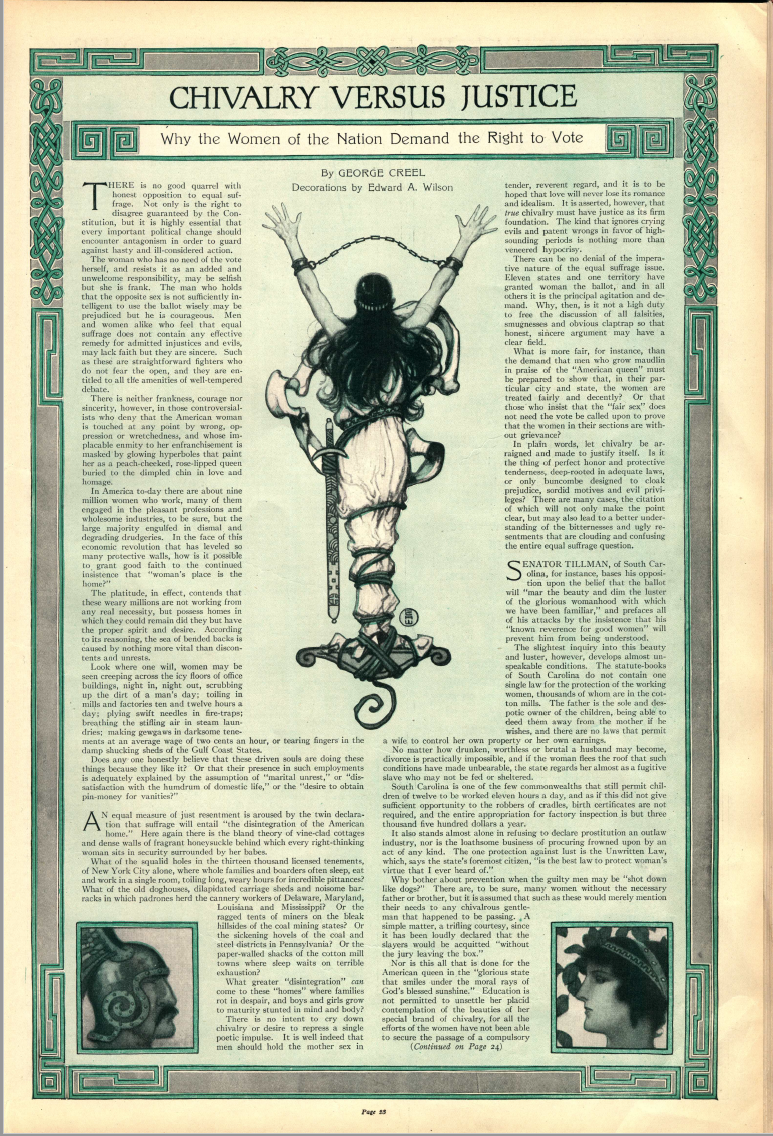