In a piece for the Women’s Media Center, English professor Koritha Mitchell exhorts the reader to learn about Frances Ellen Watkins Harper. Mitchell’s piece on Harper’s life is a good place to start that education.

Harper was a dedicated activist, poet, public speaker and author who fought for suffrage, the abolition of slavery and civil rights.

Even though she commanded considerable audiences, Watkins Harper remained subject to racism, making her refusal to abandon predominantly white organizations all the more admirable. In 1869, Susan B. Anthony and Elizabeth Cady Stanton effectively left the American Equal Rights Association because it was supporting the Fifteenth Amendment, which would institute black male suffrage before white women won the vote. Refusing to follow Anthony and Stanton, Watkins Harper noted that she could not rely on white women to prioritize the concerns of their nonwhite sisters.

Indeed, Stanton had drawn a clear line years earlier, in the December 1865 issue of the National Anti-Slavery Standard. She explained that white women had been staunch supporters of securing “freedom for the Negro.” However, in light of emancipation, the Negro is no longer “lowest in the scale of being,” and “it becomes a serious question whether we had better stand aside and see ‘Sambo’ walk into the kingdom first.”

Such remarks may have sparked Harper’s 1866 observation: “I do not believe that white women are dew-drops just exhaled from the skies. I think that like men they may be divided into three classes, the good, the bad, and the indifferent.” Always uncompromising, Harper continued to command respect. She spoke at the 1888 International Council of Women convention. This gathering was organized by Anthony and Stanton’s National Woman Suffrage Association for the purpose of linking women’s organizations from around the world. (It still exists today.)

WNYC had a segment on Harper’s clash with white suffragists in July 2012.

To learn more about the life of Harper, here are some links to scholarly work, including some free articles:

Frances Watkins Harper and the Search for Women’s Interracial Alliances, chapter five in Susan B. Anthony and the Struggle for Equal Rights. Full PDF for free here.

“The White Women All Go for Sex”: Frances Harper on Suffrage, Citizenship, and the Reconstruction South, African American Review. 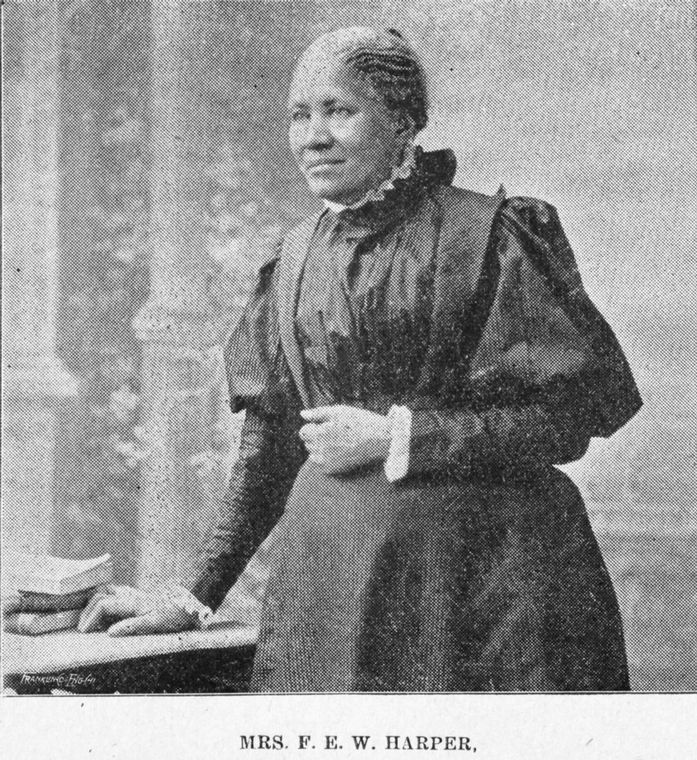