Similarly to 80 Million Women Want—?, the film’s plot involves suffragist characters who, having discovered classic Progressive Era injustices like political corruption and child labor, seek to right a wrong by recruiting powerful, clueless men to their cause.

Notably, Votes for Women, 80 Million Women Want—?, and other notable suffragist films of the era feature female characters and their fiancés or other romantic partners. This is no coincidence, but rather an attempt by suffragists to refute the common anti-suffrage argument that giving women the vote would pit couples against one another or otherwise upend traditional heterosexual relationships.

This excerpt comes from the book Celluloid Mavericks: A History of American Independent Film, by Greg Merritt (portions of which can be read for free via Google Books):

Suffrage leaders themselves stepped in front of the cameras for two independent productions. Hull House cofounder and winner of the 1931 Nobel Peace Prize, Jane Addams, stars with activist Dr. Anna Shaw in … Votes for Women (1912), directed by Hal Reid. The parable presents the two suffragists converting a US Senator to their cause by first persuading his fiancée to join them. It concludes with footage of an actual Manhattan suffragist parade.

Some historians believe that—as is the case with many early silent movies—Votes for Women has been lost to time, while other experts believe it survives (Denise Lowe says as much in An Encyclopedic Dictionary of Women in Early American Films: 1895-1930, for instance).

Unfortunately, we have so far been unable to locate any archival footage from the film. But you can read a lengthier description of the film and its history here, via the SF Silent Film Festival Blog; here, via Founding Feminists; and in Karen Ward Mahar’s book Women Filmmakers in Early Hollywood, portions of which you can read for free via Google Books.

You can also read a more contemporaneous article about Votes for Women in the April-June, 1912 issue of The Moving Picture World, via Archive.org.

For more on suffrage in the early years of the silver screen, see Kay Sloan’s documentary Suffragettes in the Silent Cinema. 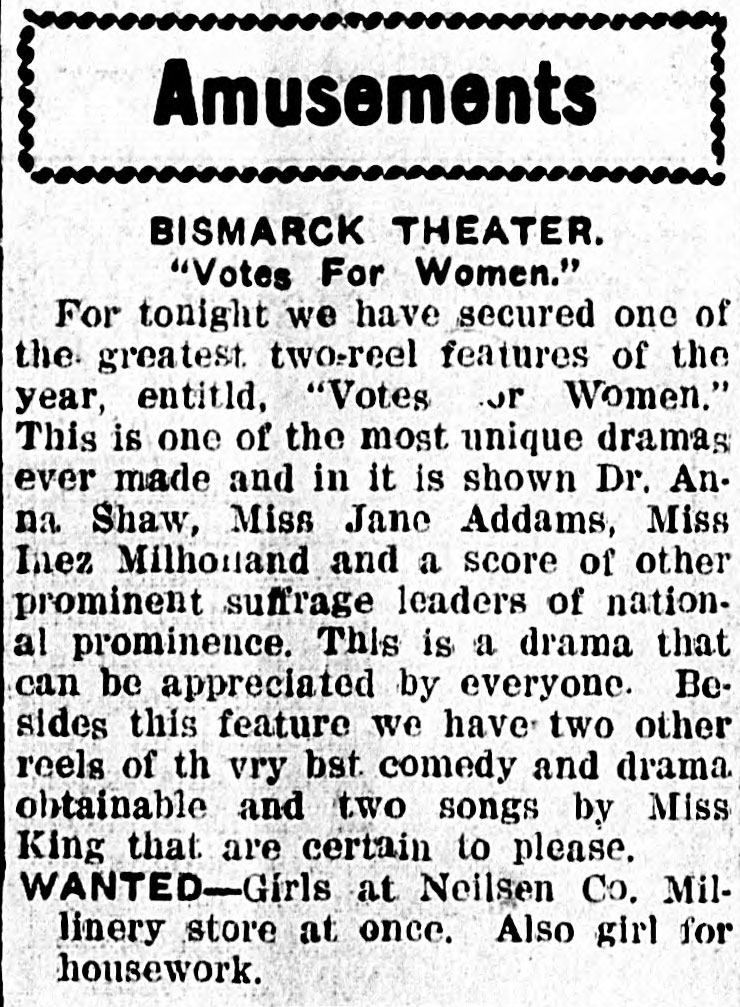