A Lively Affair (2012) is an early silent comedy film poking fun at suffragettes (the production company and the director of the film are not identified, though experts suggest it is a Warner Bros. or Selig Co. film). The film is an attack on suffragettes and their husbands. The women all act like men (playing poker, fighting, ignoring their children, etc.) and their husbands are all emasculated men who take care of running the home. Instead of really addressing the aims of the suffragettes, the film makes fun of them—thus marginalizing their concerns.

This short film is recently restored and included in the compilation Treasures III: Social Issues in American Film, 1900-1934 — a set of four DVDs about social issues and reform. The second disk (where you’ll find A Lively Affair) is about women’s issues in particular. 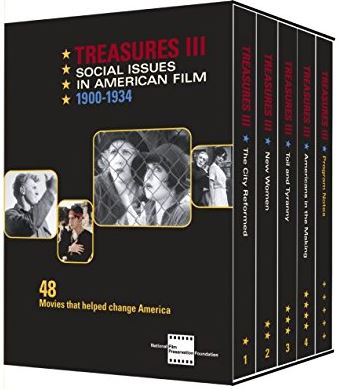