A Broadside: Mission Statement of the National Men’s League for Woman Suffrage of 1912

Here is a broadside of the mission statement of the National Men’s League for Woman Suffrage, an organization of thousands of influential men across thirty five states from 1909-1919. It is attributed to the League’s president, James Lees Laidlaw, a New York financier, scion of Laidlaw & Company, and member of the board of directors of what became Standard & Poor’s. He was also, not coincidentally, the husband of Harriet Burton Laidlaw, one of the major figures of the last decade of the suffrage movement in New York State. The only known copy of the statement was found in a column by playwright George Middleton, reprinted in the May 17, 1912 issue of the St. John’s Globe, New Brunswick, CA. Middleton was the “suffrage husband” of actress and suffragist Fola LaFollette.

Here is a post about the mission statement for the Good Men Project by Brooke Kroeger, author of The Suffragents: How Women Used Men to Get the Vote. Both the broadside and the Middleton column are appended below. 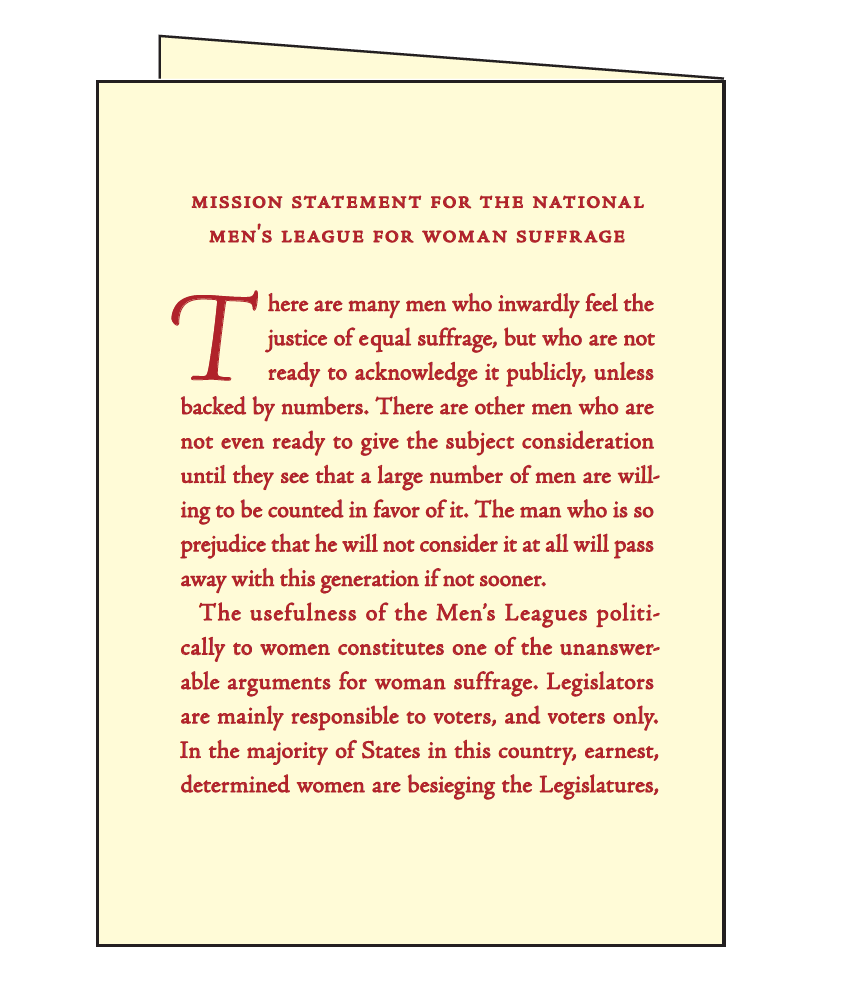 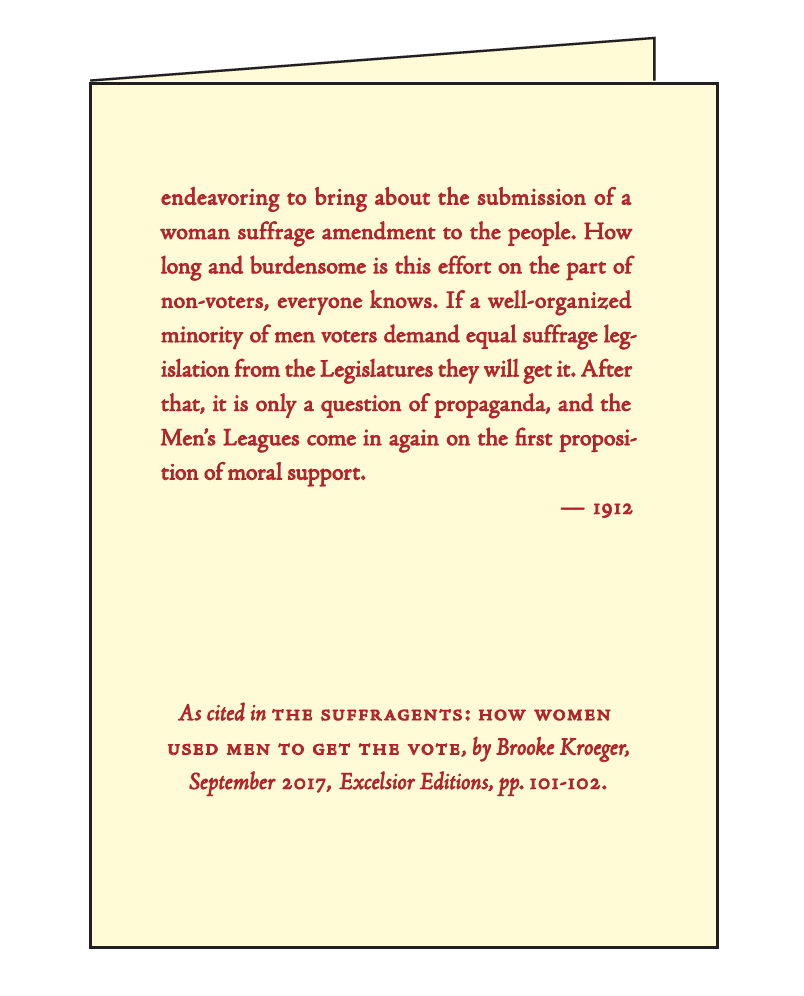