“Honoring the 100th anniversary of the 19th amendment to the Constitution, this exciting history explores the full scope of the movement to win the vote for women through portraits of its bold leaders and devoted activists.

“Distinguished historian Ellen Carol DuBois begins in the pre-Civil War years with foremothers Lucretia Mott, Elizabeth Cady Stanton, Susan B. Anthony, and Sojourner Truth as she explores the links of the woman suffrage movement to the abolition of slavery. After the Civil War, Congress granted freed African American men the right to vote but not white and African American women, a crushing disappointment. DuBois shows how suffrage leaders persevered through the Jim Crow years into the reform era of Progressivism. She introduces new champions Carrie Chapman Catt and Alice Paul, who brought the fight into the 20th century, and she shows how African American women, led by Ida B. Wells-Barnett, demanded voting rights even as white suffragists ignored them.

“DuBois explains how suffragists built a determined coalition of moderate lobbyists and radical demonstrators in forging a strategy of winning voting rights in crucial states to set the stage for securing suffrage for all American women in the Constitution. In vivid prose DuBois describes suffragists’ final victories in Congress and state legislatures, culminating in the last, most difficult ratification, in Tennessee.

“Suffrage: Women’s Long Battle for the Vote is sure to become the authoritative account of one of the great episodes in the history of American democracy.”

Earlier, DuBois provided this commentary to the Washington Post. 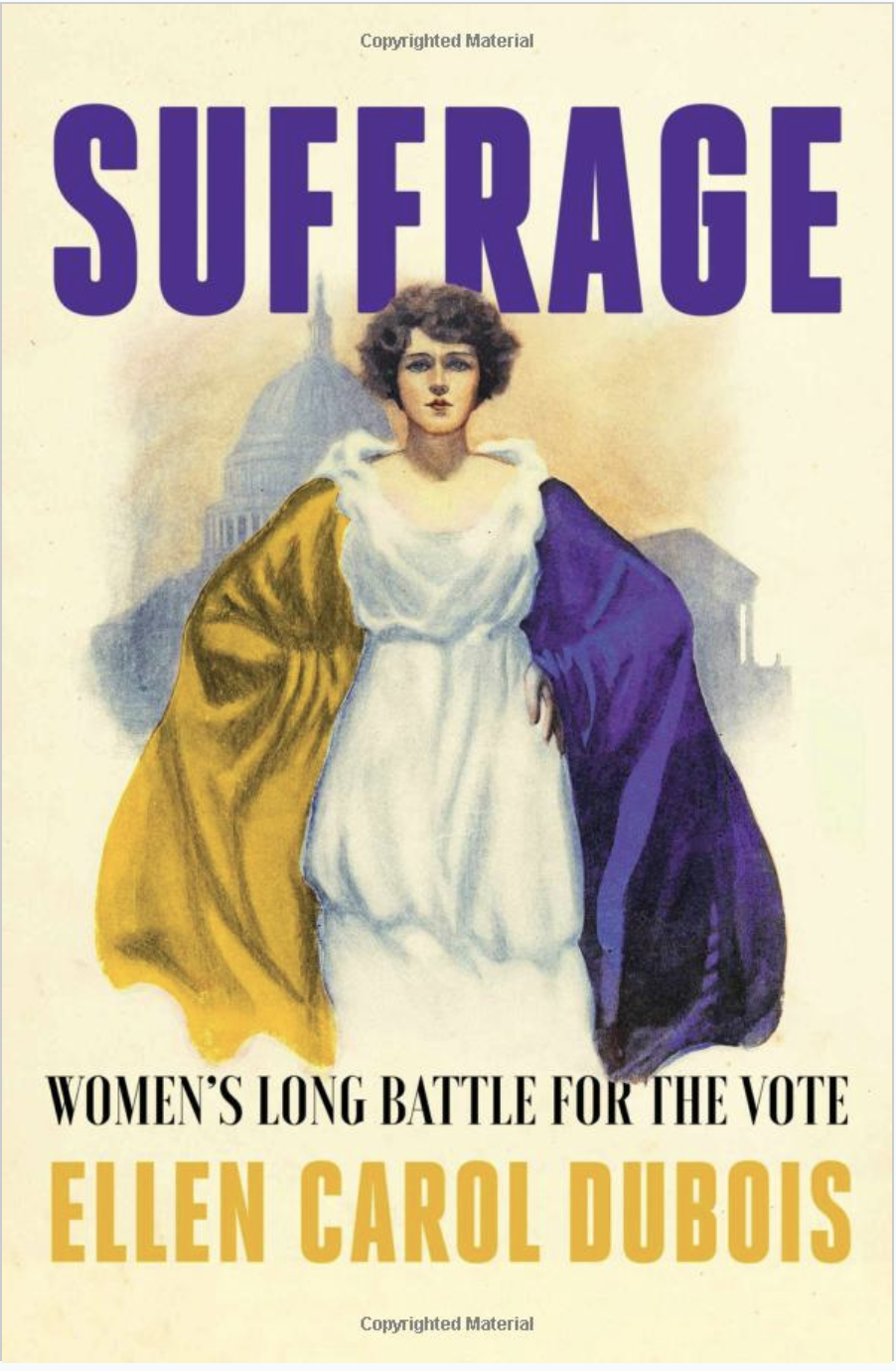