Angels in the Machinery: Gender in American Party Politics from the Civil War to the Progressive Era

Angels in the Machinery discusses the historical intersection between gender and politics using primary sources, such as media products and campaign materials, including those from the suffrage era.

Angels in the Machinery offers a sweeping analysis of the centrality of gender to politics in the United States from the days of the Whigs to the early twentieth century. Author Rebecca Edwards shows that women in the U.S. participated actively and influentially as Republicans, Democrats, and leaders of third-party movements like Prohibitionism and Populism—decades before they won the right to vote—and in the process managed to transform forever the ideology of American party politics. Using cartoons, speeches, party platforms, news accounts, and campaign memorabilia, she offers a compelling explanation of why family values, women’s political activities, and even candidates’ sex lives remain hot-button issues in politics to this day.

Excerpts of the book are available through GoogleBooks. You can buy a copy of Angels in the Machinery from its publisher, Oxford University Press. College and public libraries may also have a copy of the book; you can check WorldCat  to see if there is one near you. 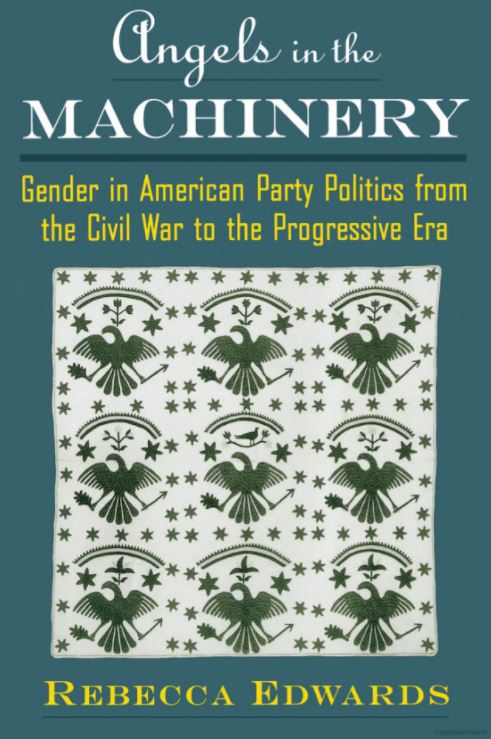