This article by Ellen Warne, originally published as part of the book Seizing the initiative: Australian Women Leaders in Politics, Workplaces and Communities, examines the role of the Women’s Christian Temperance Union in winning women’s right to vote in Australia, a state-by-state process that happened at the end of the 19th century and beginning of the 20th.

The Women’s Christian Temperance Union, as its name suggests, was devoted to curbing the consumption of alcohol. But it also played a major role in winning Australian women voting rights. Warne shows how the Union used “lantern slide shows, stereopticons, and other modern visual aids” to publicize its advocacy. The organization also frequently wrote letters in local newspapers to push the cause of suffrage.

This is the abstract of the article:

Members of the Woman’s Christian Temperance Union were keenly aware that many of the social concerns of the day flourished when they were out of the public gaze. They also realised that universal (white) suffrage was critical to engineer the progressive legislation and social change they believed necessary. They consciously sought to achieve both aims by attempting to catch public opinion by advertising their ideas and influencing the voting public, using modern media to expand their influence and public leadership.

The full PDF of the article is available for free here. 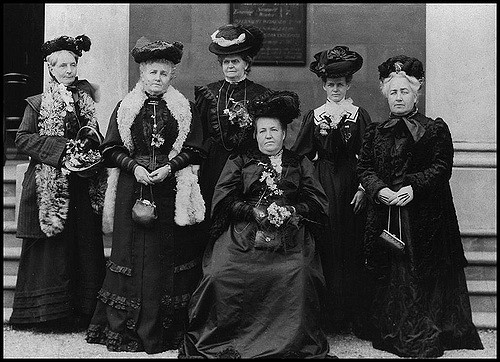