VIDEO: JANE MARCELLUS ON DISCOURSES ON MASCULINITY IN THE NASHVILLE PRESS

In Chapter 8 of Front Pages Front Lines Prof. Marcellus of Middle Tennessee State, offers a close reading of a crucial state in 1920, when the entire country was watching to see if Tennessee would become the 36th and final state to ratify the 19th Amendment.The relatively liberal Nashville Tennessean, roughly aligned with the progressive “New South” view, supported ratification; the “Old South” Nashville Banner remained opposed. Offering a counterpoint to the usual emphasis on competing versions of womanhood, Marcellus contends that instead, for both newspapers, competing views of southern white masculinity were at stake.”

VIDEO: SHERILYN COX BENNION ON THE WOMEN’S EXPONENT OF UTAH 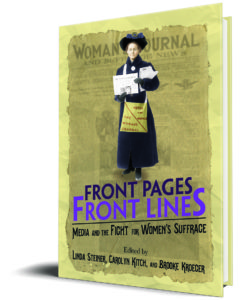 In Chapter 3 of Front Pages Front Lines, Bennion shows how the prosuffrage arguments of the Women’s Exponent, published for Mormon women, were reformulated in response to regional political shifts, using various rationales to counter attempts to disenfranchise polygamous women.

In Chapter 2 of Front Pages Front Lines, Prof. Steiner argues that the suffrage and women’s rights papers of the nineteenth century created and experimented with very different versions of the new woman, and then dramatized and celebrated these identities.

VIDEO: TERI FINNEMAN ON A COUNTERMOVEMENT ON THE VERGE OF DEFEAT: ANTISUFFRAGIST ARGUMENTS IN 1917 PRESS COVERAGE

In Chapter 7 of Front Pages Front Lines, Prof. Finneman draws on US news coverage to examine the rhetorical strategies of the anti-suffragists in representing themselves and their adversaries in 1917, when they began to lose significant ground with journalists as the progressive arguments of the suffragists gained more traction with journalists.

VIDEO: CAROLYN KITCH ON MEMORY, INTERRUPTED: A CENTURY OF REMEMBERING AND FORGETTING THE STORY OF WOMEN’S SUFFRAGE

In Chapter 11 of Front Pages Front Lines, Prof. Kitch analyzes how cover stories in Time, Life, and Newsweek, in the context of reporting on the so-called second wave of the women’s movement, both remembered and forgot the women’s suffrage movement and alternated between or combined celebration and dismissal of feminism, using suffrage memory at both ends.

VIDEO: LINDA LUMSDEN ON HISTORIOGRAPHY: WOMEN’S SUFRAGE AND THE MEDIA

In Chapter 1 of Front Pages Front Lines, Prof. Lumsden offers a comprehensive historiography of suffrage and the media that highlights the near one-dimensionality of much of the early scholarship. She analyzes what historians, journalism studies researchers, and sociologists have found—and what they have ignored—beginning in the 1970s, when feminist scholars began to look back at both suffrage editors and mainstream news media coverage of the campaign.

VIDEO: MAURINE BEASLEY ON AFTER SUFFRAGE: AN UNCHARTED PATH

In Chapter 1 of Front Pages Front Lines, Prof. Beasley examines how suffrage organizations and their new outlets shifted their policies, positions, and philosophies in the 1920s, analyzing the after-enfranchisement efforts of suffrage activists to decide whether to enter the existing male power structure or concentrate on women’s advancement outside of it.

VIDEO: BROOKE KROEGER ON THE FACILITATORS: ELITES IN THE VICTORY OF THE WOMEN’S SUFFRAGE MOVEMENT

In Chapter 9 of Front Pages Front Lines Prof. Kroeger shows the importance and influence, especially during the suffrage movement’s final decade, of high society women and men who enjoyed elite status as socialites, businessmen and professionals, especially as editors and publishers of important newspapers and magazines, and how suffrage leaders cultivated these recruits and the useful resources they brought.

VIDEO: LINDA GRASSO ON THE DIFFERENTLY RADICAL “THE CRISIS” AND “THE MASSES” 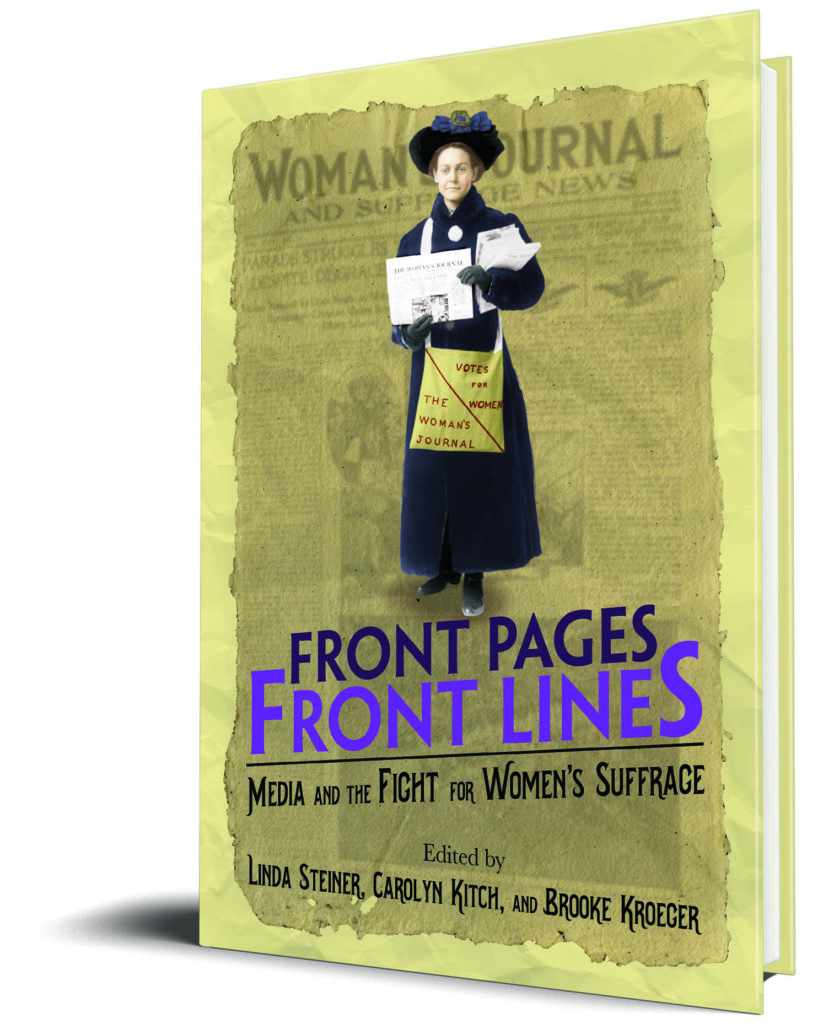 In her Afterword for Front Pages Front Lines, Assoc. Prof. Kathy Roberts Forde of the University of Massachusetts at Amherst returns to white southern suffragists’ ‘unholy alliance’ with white supremacy, including through the support of the leading suffragist periodical in the South. She points out that in the early 20th century, the National American Woman Suffrage Association capitulated to southern prejudice, for example, by acknowledging the right of southern chapters to exclude black women from membership.